Excerpt from Stay The Night by Alexa Silver 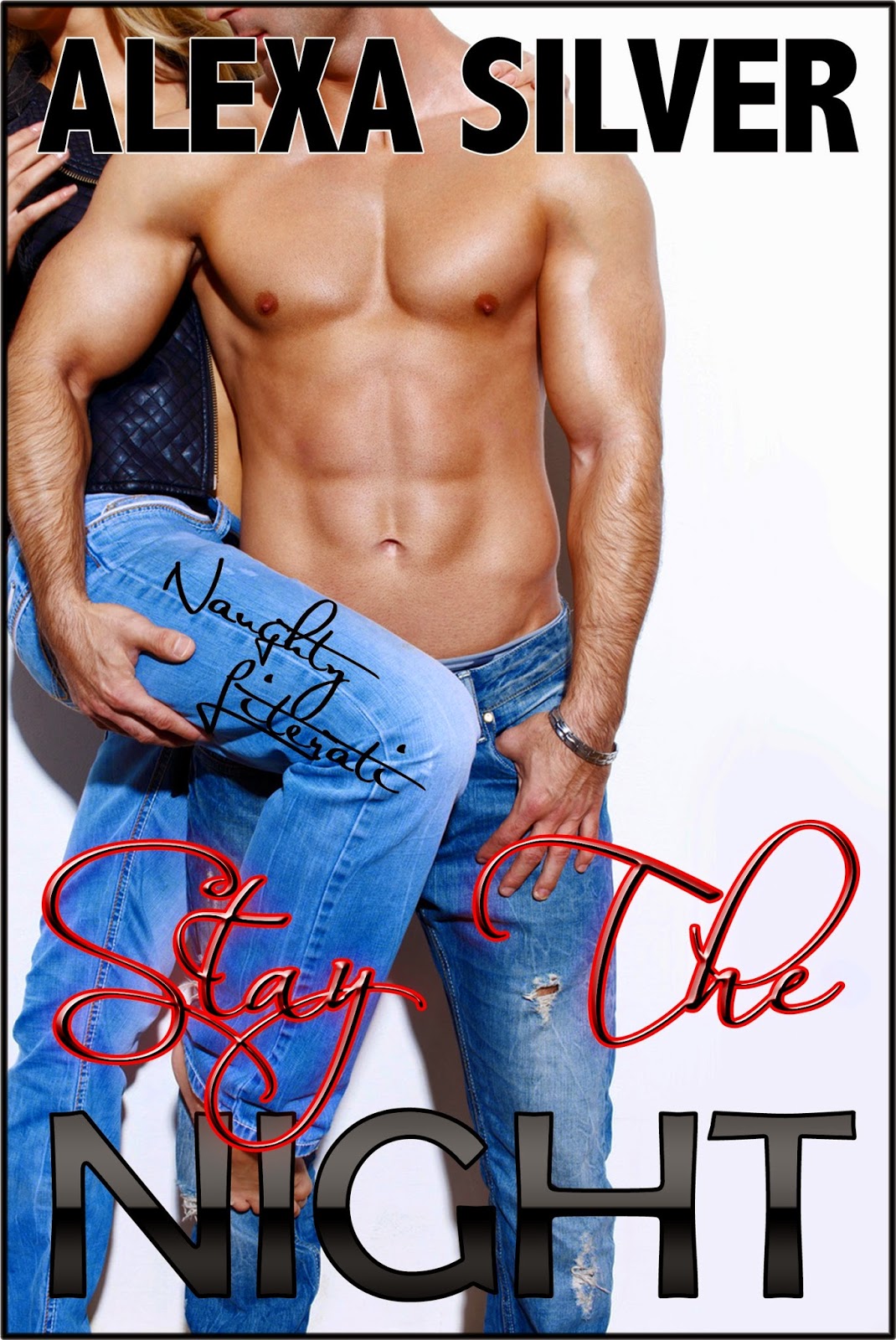 “That’s where I write.” He reached for her hand and she clasped his, winding through the rooms she’d been in until…

“My God!” One entire corner of the house had been fitted with windows, and a long built-in desk snuggled under them. His desktop sat in one corner, a laptop on a little table near a recliner tucked into the corner. It was the absolute perfect place to write, and she loved it at first glance.

“Southeastern exposure. I write a lot on weekend mornings, a cup of coffee, some music on.” He motioned to the small speakers in the corners of the room. “And the view. Birdbath, bird house and Alfie.”

“My cat.” He motioned to a black and white blob that lifted its head when it heard its name. “Rescued from the birds, or maybe the birds were rescued from him. He’d been abandoned and was pretty hungry when Mom got him a couple of years ago, but her vision was failing so much she had to give him to me almost immediately. I run plot points by him and if he doesn’t yawn, I have a winner.”

He turned to the closet. “I have a slightly older laptop here. It was Mom’s, great condition. You can log in as a guest and it’ll connect up to the ‘Net and you can download your stuff.”

She grinned, completely at ease in this room, the afternoon sunlight streaming in, but not with a directness that would have bothered her were it a western exposure. “So that wasn’t a euphemism, like coming over to see your etchings?” She couldn’t decide if she was relieved or a little disappointed, especially considering how good he looked in those jeans and that shirt.

His eyes darkened perceptibly and she sucked in a breath, realizing just how little she knew about him. She wasn’t danger girl, had never been attracted to bad boys, had never been interested in living on the edge. How dangerous was this situation with a virtual stranger?

“Was that what you came here for?” he asked, his voice low, and warm, and more than a little sexy. There was something about a mild-mannered guy sounding all in control that was working on her senses and she swayed in toward him, even though her mind was screaming warnings.

“If I said yes?” she asked, taking a chance. She was a bigger girl and he was…well, she figured he was out of her league, between the gorgeous house and the unexpectedly handsome guy hiding behind the suits.

He was only a few steps away from her, but all of a sudden it felt like the widest gulf imaginable. She was torn between going for it and hesitating, because if she did go for it and he said no, that would be bad. Very bad. And she liked this guy. A lot.

He suddenly moved with more grace than she would have attributed to him, crushing her against his chest, against his…
Posted by Nicole Austin at 1:00 AM