Whipped by WIPs: One Writer’s 6 Step Approach to Binge Writing by Belle Scarlett

My proverbial writer's drawing board is, at any given time, populated by six (6) to ten (count ‘em 10) Works in Progress (WIPs) across multiple genres.  They often exist as disconnected mosaic pieces via various colored Post-It notes stuck to the broken coffee maker, the bathroom mirror, in the black hole that is my oversized purse, on the Cat… You get the picture. 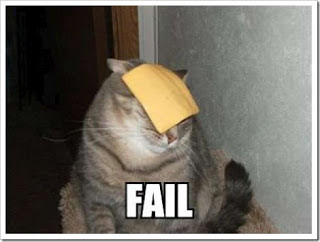 Sometimes, a story idea springs forth from my imagination fully formed like Athena from Zeus’ forehead.  When that lightning bolt happens, I turn into a world champion, marathon typist.  It feels like I’m merely taking dictation for a story that is already fully fleshed from characters that are living, breathing people sitting next to me and tipping me off as to what they’ll say and do next.

I love it when that happens. I love it the way I love smelling the flowers before I see them. Or the way easing into a hot bubble bath with a chilled glass of Pinot Grigio makes me feel blissful. 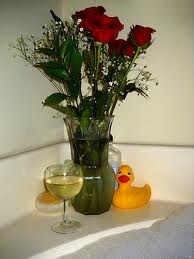 For a writer, it’s pretty cool not to mention super convenient when a story cooperates in such a way that I’m just the hand scratching the magic quill across the parchment, channeling a work that’s already been created and dropped down from the ether for me to ink.

That’s happened to me maybe once.  When I blog, even less than that.

Here’s how it goes down:

Without warning, a title with a connected theme rudely slaps me like swatter on a fly. That can be really inconvenient when I’m driving in tricky L.A. traffic or trapped in the dentist’s chair with a drill buzzing in my mouth. 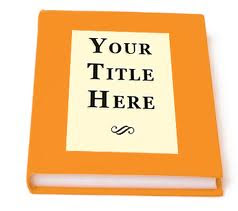 For example, the title for my most recent Naughty Literati story for our summer release, Naughty Escapes, literally hit me while I was flying to Miami. The plane I was in hit some of the worst chop I've ever experienced. The overhead compartment popped open, vomiting a couple of laptop bags on my head. The laptops inside them were fine. My head, not so much. But that was insignificant next to the concern we were gonna crash.

Moral of the story: Just like a free lunch, brain-storming titles always comes with a price. It's is a dangerous business; not for the faint of heart.

It becomes clear to me very quickly from the title and the theme if the project wants to be born as a romance novel, a mainstream novel, a feature film, a short film, a children’s book, a blog, or a bubble gum wrapper.  In this case, “Whipped By WIPs” just wouldn’t cut it as a Pulitzer Prize-winning erotica novel. So, blog it is. 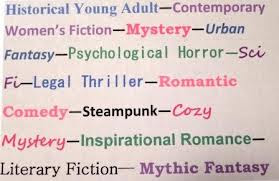 3) FIRST AND LAST SCENES WRITE THEMSELVES 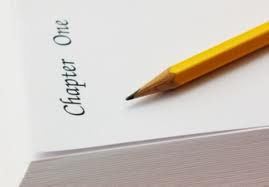 I know instantly how the story begins and how it ends. But, just like Jon Snow, I know nothing about what happens in between writing the opening scene and, “They all lived sexily ever after.”  The most difficult,

time-consuming work happens after the twenty seconds it takes for steps 1-3 to occur to me.

When a WIP is acting like a high-riding bitch, it’s hard to make myself sit down and stare at the dreaded Evil Blinking Cursor (a.k.a. EBC) until my forehead bleeds.  Luckily, there are all kinds of productive ways to avoid confronting bratty characters and reluctant plot arcs.  I clean the house from top to bottom. Then from bottom to top. Organize drawers and closets.  Re-grout the tub. Paint the kitchen. Hey, I’ll come over and re-grout your tub and paint your kitchen.

Friends who stop by gape at my sparkling clean home and have to sit down in all astonishment.  “I bet Development Hell starts tomorrow,” they guess out loud.

I go shopping for healthy writing provisions like apples, oranges, and peaches. Lots of sparkling water. As back up I add to the shopping cart a bottle of brandy and put the pizza joint down the street on my speed-dial.

Next, I go through the house, collecting a rainbow cache of Post-It notes crammed with ideas or bits of dialogue scribbled in my Southpaw clawmanship. I clear my social calendar for the next fourteen to sixteen days and call my family.  “Talk to you in a couple of weeks,” I say.

By now they know this is code for, “If I don’t return your call, I’m binge writing.  No need to put my face on a milk carton or send in the National Guard.” 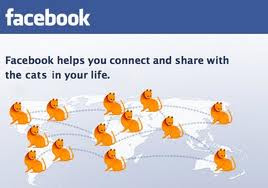 Finally, there is nothing else left to do, unless you count eternally Facebooking pictures of The Cat to avoid getting started on a new story.  I have this wild hunch my editors would disagree that “Catbooking” is an acceptable use of writing time.  I also wish Tweeting counted towards my WIP daily word count goal, but alas.

I’m finally forced to snuggle up with my laptop on the lounger on my patio with provisions and power cord at my elbow so that there are no excuses to get out of said lounger until I write the final scene.

After a TBD length of time in a stare down with the eternally blinking cursor, I make myself type a sentence. And the next.  If it’s crap, I give myself permission to write crap until the good stuff flows.  It always does, but it usually happens at last rather than at once.  As for the crap I wrote before that, that’s what the comforting delete button is for.

Once I’m in the writing groove, my characters stop acting like shy strangers passing notes in gym class and suddenly begin to talk to one another. In fact, I can’t shut them up much less predict what they’ll say and do next.  Plot snarls stop snarling at me. I suddenly know the mid-point plot twist and it’s bullet proof.  I know for sure I’m deep into my literary process when I get really mad that I have to get up to use the bathroom.

Cut to three days later.  I’m still surfing the writing jag pretty much in the same position and clothing as on day one. A periodic shot of brandy.  A couple of fitful snoozes in the lounger where my characters are now insistent guest stars in my dreams with confidential no quote deals all demanding the biggest dressing room. Then I wake from my fitful doze and start writing again.

Eventually, I realize I’m out of necessary provisions like pizza and Fancy Feast and have been for about twelve hours. The pizza joint stops delivering after midnight and The Cat won't shop for himself.  Slackers. 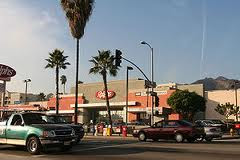 Throwing on a trench coat over my candy-stripped PJs and fuzzy slippers, I drive to the “Rock and Roll” Ralph’s.  I vaguely note curious looks from the rock stars who grocery shop there after House of Blues closes at 2 a.m.


Once in a while a kindly musician type finds me wandering in the diary aisle trying to remember what milk is.

I de-frag my story-drunk brain long enough to reply, “Yeah… I’m a writer.” 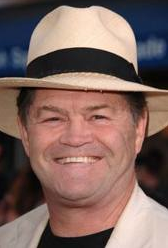 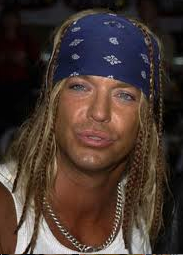 They grab a carton of almond milk or whatever and drift off toward the produce aisle.

Lather, rinse, and repeat the writing jag section for fourteen to sixteen days. 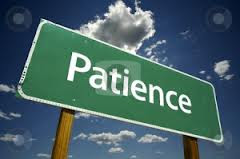 I re-surface in the real world and have to look at the calendar to see what day it is. The WIP is no longer a Work in Progress meting out to me forty proverbial lashes per day.  It’s now a fully fleshed story, with a cohesive beginning, middle, and HEA.  My initially shy, reclusive, and sometimes rebellious characters have become old friends I’d want to hang out with in real life.

I’m breathing the rarified air of a writer who just whipped a WIP into shape.  It’s way better than a hot bubble bath with a chilled Pinot Grigio in hand, or smelling the flowers before I see them.

I make myself step away from the story for a bit.  Getting out of my writing lounger is just as hard for me as getting into it.  I actually have to make myself not re-re-re-read it right then and there.  My favorite part of the writing process is in the polishing, finding the exact better word, quip, turn of phrase, or description to tighten and refine the novel, novella, feature film, short, blog, or bubble gum wrapper that I’ve just wrestled to the mat.  But revisions and tweaks will have to wait for a couple of days.  I have to let the first draft dust settle a bit.  And recover my eyesight.

I check my messages and emails.  I’m told by any number of family and friends that I will shower and change my clothes today.  I do, but only after sleeping for thirteen hours straight and updating The Cat’s Facebook status. 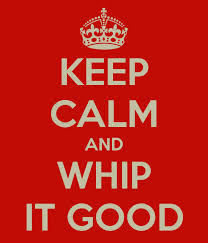 Posted by Belle Scarlett at 4:42 AM