Excerpt from Hot As Hades by Regina Kammer 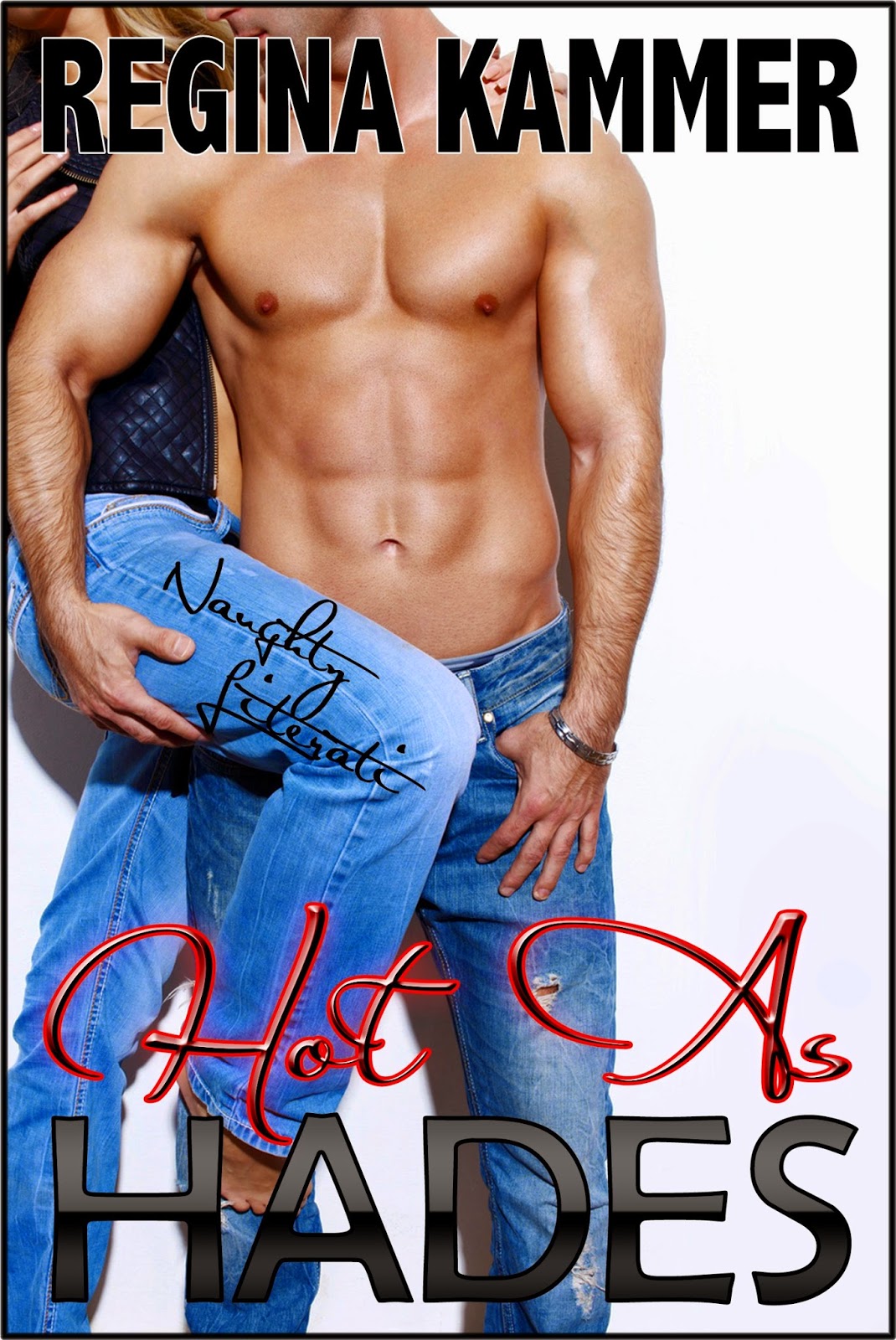 Blurb:After living in Hell for four months, Persephone returns home to the mortal realm. But can home truly be home without the man she loves?
Light Paranormal, Mythological

Hades slumped in his golden throne, drumming his fingers on his knee, his other hand barely holding his blood-red wine goblet. Tiny waves of fragrant liquor sloshed over the rim as he balanced the cup with two fingers on either side of the stem.

A ker scurried over to refill his cup every time it reached half empty. After the tenth time he waved the servant away. The attempts by his staff to satisfy his every desire were getting bothersome and tiring.

He had only one desire. And she was back home visiting her damn mother. A growl of displeasure rose in his throat. He was expected to wait how many months? Eight?

Zeus had promised his daughter, then had made good on the promise. The maiden had been exactly where the God of Gods had said she would be.

Hades stared at the golden chair next to him. His queen should be sitting at his side at that very moment. Even the usually fierce Kerberos looked dejected lying on his pillow between the thrones, three chins atop two crossed paws. The canine guard sighed as his three pairs of eyes stared dolefully at the empty seat his mistress used to occupy.

Hades downed the contents of the half-filled wine glass. Damn it all to Hell! It wasn’t right. He had captured the maiden fair and square and then her mother had to go and ruin it all.

He threw the goblet into the fire pit fronting the dais. Shards of glass exploded in a dazzling display of gold flames tipped with flares of white.

Gold like her hair. White like that dangerously sexy slip of a dress she had been wearing when he first grabbed her. The filmy fabric had exaggerated the tender curves of her nubile body. Before they made love for the first time, he had easily torn the chiton clean off.

Fuck. He was hard just thinking about it.

Hades gripped the arms of the throne chair, futilely digging his nails into the hot metal, then stood.

Well, maybe he’d just go grab her right back.
Posted by Nicole Austin at 12:00 AM