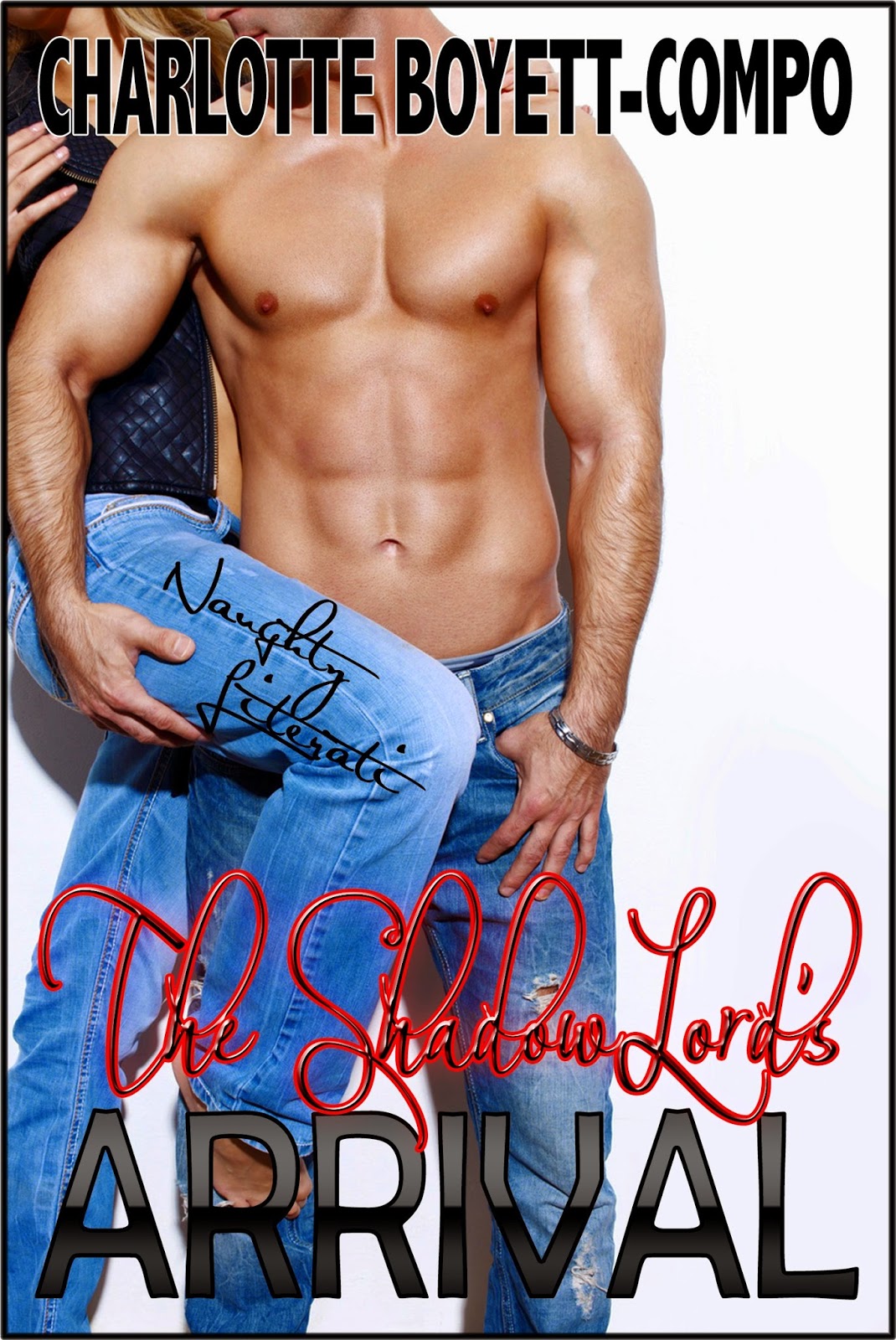 Blurb: Sometimes when you try to run from fate, you trip and fall into the arms of destiny.
Paranormal

Between the vast expanse of the garden and the Sentinel compound was a gently curving wooden footbridge that spanned the waters of a wide tumbling brook. She glanced down at the sparkling waters as they bubbled and frothed over pale peach-colored stones. Her bare feet made no sound as she ran across the planking. She reveled in the warmth of the weathered boards on her soles. If she had her way, she wouldn’t wear sandals at all, much less shoes or boots.

Ahead of her was an embankment upon which sat the fieldstone barracks. An oyster shell pathway led from the bridge to a set of seven steps which would gain her access to the training ground of the warriors. Those who were not on hand for the Gravelord’s arrival would be working out at that time of morning. She could hear the boisterous shouts and challenging catcalls of men sparring with one another.

By rights, she shouldn’t be visiting the males’ compound. Certainly not without a chaperone, but desperate times called for desperate measures. The very sight of her appearing on their turf would let them know her presence among them had serious implications.

She stopped at the first step and looked up. No one had seen her as yet. She still had time to turn back. Her heart was in her throat for defying the rules, and flouting convention was not a normal occurrence for her. Putting one foot on that first step could be a monumental mistake.

“Being the Life-Mate of a Reaper would be an even greater mistake,” she mumbled. The thought of having such an evil thing as that having the right to her body and soul sent waves of terror racing through her.

She brought her other foot onto the step. She stopped.

“At that rate it’s going to take you until sunset to make it to the top.”

The voice coming out of nowhere made her cry out and she spun around to see who had spoken. Looking to the left then to the right, she saw no one.

She lifted her head to look up the steps but there was no one there. Neither was there anyone on the embankment to either side of the steps.

She swung her head toward the giant cumbaa tree that spread its copper-colored branches over the brook.

“What are you doing up there?” she questioned.

He was sitting on a low branch with his arms wrapped around the trunk of the tree and his legs dangling from the branch upon which he was perched.

“I miscalculated,” he replied.

She moved up a step so she could see him for his face was blocked by a swath of leaves.

And her entire world came to a screeching halt.

“Mother of the gods,” she whispered. “Please tell me he isn’t taken!”

He was staring at her with the most glorious blue eyes she’d ever seen. They were a startling shade of azure that seemed to pierce her to the core. A mop of curly black hair hung low around his ears and tumbled over his forehead.

“Are you running away from someone, wench?” he inquired in a deep, throaty voice that made her body clinch.

“I believe I qualify,” he replied. “I have all the right equipment.”

“No,” she said, shaking her head. “You misunderstand.” She back-stepped down the stairs and walked along the pathway until she was directly under the tree, gazing up at him. “I need a Sentinel.”

“Because you are running away from someone,” he suggested.

“Are you taken?” she asked.

“I am,” he replied and she wanted to cry.

“Oh,” she said and let her shoulders slump, her head drop.

Slowly she lifted her head to find him smiling at her.

And what a smile it was! There was one lone dimple in his right cheek that gave his handsome face a boyish cast but it was his smoldering gaze and full lips that held her captive. He intrigued her.

“You will be my Sentinel?” she asked.

“I will be anything you want,” he replied.

She was stunningly beautiful, as he knew she would be when he found her. The golden hair that fell in thick curls over her shoulders was a wealth unto itself. From the moment he saw her running across the bridge he knew she was the one he had come to Téarmann to find. His soul recognized hers. His body was drawn to hers. He knew she was feeling a pull toward him, was intrigued by the way he looked. Her chocolate brown eyes were boring into him like lasers.

He also knew why she had been running.

She was running from him.

“The Gravelord is here,” he said. “And you know you are his Life-Mate, the one he seeks.”

She glanced back toward the teleport. “Yes and I need you to shield me from him.”

“And you are afraid of him?” he asked. He would have to remedy that.

“I hate Reapers,” she stated with a vehemence that disturbed him.

He wasn’t expecting that.

“They are evil,” she replied. “Evil and despicable creatures.”

That hurt almost as much as the rough bark digging into his arms and ass. He wished he could get his arms and legs to cooperate but he dared not let go of the tree because he knew he’d fall helplessly to the ground. The tenerse was beginning to wear off but not quickly enough.

“They killed my mother,” she said. “My mother, my sister and tried to kill me. Had the Great Lady not hidden the youngest amongst us from them that day on Rysalia Prime, I would not be here talking to you.”

He knew about the massacre on Rysalia Prime. It had not been Reapers who had perpetrated that great malevolency. It had been bulgars, rogue warriors who were first cousins to Reapers but who possessed none of the Reaper honor and sense of duty. The bulgars were under the strict mind control of the Ceannus—a brutal species of alien scientists intent on ruling the Megaverse.

“Will you come down?” she asked. “I am getting a cramp in my neck.”

“I would if I could but unfortunately I am—” How did he tell her he was stuck in the gods-be-damned tree? Some Sentinel he would be.

“Trying to keep an eye out for the Gravelord,” he told her.

“You fear him too?” she asked.

“Not at all, but if I am to be your champion, milady, I must know where the threats to you are at all times.” He glanced toward the teleport. “He’s yet to come out of his craft.”

“He can stay in his craft,” she snapped. “Please come down.” When he hesitated, she stamped her foot.

“I am ordering you to come down, Sentinel!”

Her command amused him. That adorable little face peering up at him with a pert nose lifted disdainfully in the air was almost his undoing. He managed to tighten his arms around the tree to keep from sliding down the trunk.

“Come down!” she ordered. “You need to recite your oath to me then we must leave. Being out here in the open is asking for that ruffian to see me!”

Oath? How was he to take an oath when he knew nothing of it?

“Milady” he began but stopped when he saw her face light up.

“I know! If you take my virginity, he will not want me!” she said. “We must hurry. I will have you rid me of my maidenhead immediately!”

That stunned him so completely he let go of the tree trunk. Big mistake that! he thought as he slid off the branch and plummeted what had to be twenty feet to the rocky bank beside the brook. He landed with an oooph that took every ounce of air from his lungs, his knees buckled under him and he crashed to his ass on a layer of very sharp rocks. Instead of feeling bad for him when he yelped, she shushed him.

“You want the bastard to hear you?” she demanded.

Gasping for breath, feeling every hard poke pressing into his flesh, all he could do was stare up at her. She was glaring at him as though he were nothing more than a bug to be squished.

“Oh, do get up, Sentinel!” she told him. “There is a stone quarry not far from here. You can deflower me there.”