What is yoga, and why does Suz deMello care about it so much? (#yoga)

A five-thousand year-old practice, yoga has steadily been gaining practitioners in the West since the Beatles made a now-forgotten but then much-publicized trip to India in 1968. That visit, which was to study with the Maharishi Mahesh Yogi, kindled interest in transcendental meditation as well as all things Eastern, including yoga. 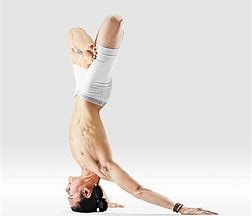 But what is yoga? Most people think that body-bending postures, called asana, are the be-all and end-all of yoga. They look at pics of people standing on their heads in the lotus position, and figure, I'll never be able to do that, and why would I want to? and don't look further into the practice.

But as stated, yoga has been around for five thousand years, and anything that's been around so long probably has value. So why has yoga lingered? Simple answer: yoga works.

That begs the question: works at what? Why do people do yoga? What do they get out of it? What is the purpose of yoga?

Quite simply: People do yoga because it makes them happy. The result of the practice is a calm mind integrated with a healthy body...a great prescription for happiness. The word yoga means union, which refers to union of the disparate parts of ourselves--mind, body and spirit. It also refers to union with the universal all.

Yoga sees each of us as an energetic being in a universe likewise composed of energy. This view is in keeping with modern physics, which posits that everything is energy, but that which we perceive as solid and liquid isn't moving fast enough to appear as energy. Einstein told us in E=mc(squared) that anything with mass becomes energy when accelerated to the speed of light.

Thus, everything is energy. The only difference is due to a temporary condition, i.e., speed.

The sage Patanjali, who wrote the yoga sutras two thousand or so years ago, stated in the first sutra: "The purpose of yoga is to calm the disturbances of the mind."

We calm ourselves and integrate the disparate parts of ourselves--mind, body and spirit--by utilizing techniques embodied in the Eight Limbs, or Petals, of Yoga. These are not to be confused with the Eight-fold Path of Buddhism, which is also useful; these two great streams of thought complement each other and are not in conflict.

Asana, the postures, are one of the Eight Limbs. The others can be seen in the 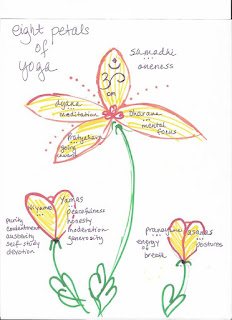 drawing to the right, which I created for a workshop I recently gave to a writer's group on using yoga to improve creativity.

Two of the petals are prescriptions for living: the yamas and the niyamas. These embody the usual ethical precepts that most of the world's great religions and plilosophies espouse. If a person lives ethically, s/he lacks disturbances of the mind. Our consciences don't bother us if we live rightly.

Asana and pranayama embody the physical practice. Asana are the postures, and pranayama refers to breathing to push energy through our bodies.

The four petals high on the flower are the more difficult and subtle parts of yoga. Pratyahara--going inward, which enables dharana, mental focus, and diyana, meditation.

And all of the above lead us to samadhi, oneness, a state of OM which unites us with ourselves and all else.

Remember: yoga sees everything as energy. Samadhi refers to that oneness with all.

Practicing all eight limbs of yoga with consistency, focus and determination will engender samadhi. 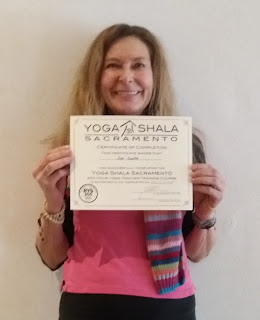 I am a believer in the lifelong practice of yoga, so much so that I have spent thousands of dollars and a considerable amount of time not only to practice consistently, but to complete yoga teacher training. I look forward to spreading the word about this wonderful practice in any way I can.  Others I know who are more casual practitioners report weight loss and a generalized feeling of serenity and happiness. Many report that stretching has resulted in another inch of two of height. One man I know swears that his improvement in vision is due to yoga.

Please contact me if you want to know more. Can't hurt to try, right?

And by the way--you don't need to stand on your head in the lotus or any other position. We do plenty of sitting and lying around, just...being. 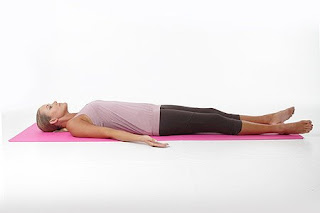 Next month I'll blog about yoga to enhance creativity and mental function,
So stay tuned!

What Do Men Want? 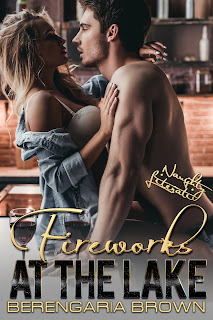 What Do Men Want?
Answer? Not much different from women. They want love, respect and someone to believe in them. But, and there always is a but, they’re more direct in their needs and desires. Sex is like breathing. They want hard and rough and hot. The partner who can take all that and more is their ideal.

Writing the male POV? Think of the men in your life. The man you love. The men that drive you mad with their grunts and unwanted opinions. Then think of the man who beds you and makes you scream with pleasure because he knows exactly what you want and need. Think edgy, hard and possessive. Think need and tenderness.

Men. They're complex. To write from their perspective? A real challenge. Nothing is worse than reading a male/male book where one of the characters’ names could be changed to a female name and the story wouldn’t change at all. But written with understanding? Ahh the best romance and hottest sex ever.

Do I know it all? Hell no. Will I keep striving to improve? Hell yes! 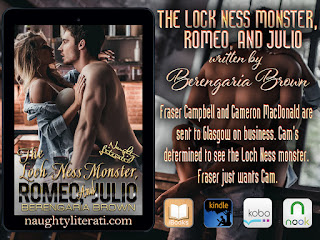 “Getting Naughty: Twenty Tantalizing Tales” includes three of my MM stories: “Fireworks at the Lake”, “Chocolate Coated Reunion”, and “The Loch Ness Monster, Romeo and Julio”.

“Fireworks at the Lake”: Andrew didn’t want to spend the Fourth of July long weekend with the people from the office so he goes to Lake Superior instead. There he sees Luke, a blond Viking who arouses every craving for love and lust inside him. But can he overcome his low self-esteem from when Rory rejected his love and open his heart to another man?

“Chocolate-Coated Reunion”: Matt arranges to meet Jake for Christmas Eve drinks after work but after a series of disasters is very late. Jake refuses to talk to him. As Valentine’s Day approaches, Matt is determined to reconnect with Jake. But is Jake too hurt and disillusioned to forgive him? 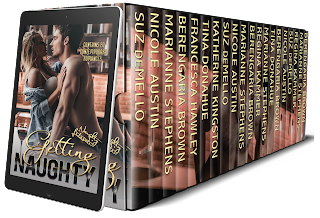