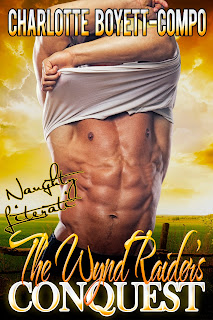 Blurb:
Prime Reaper Xandon Cree must pick the next test pilot to fly a super-secret war craft. Picking a female for the job is not what he had in mind.


“The new Fiach comes off the line today.”

Cree looked back around. “What did you name this one?” Not that he cared, but each time a new model was released, he was given one for his personal use. It was the only perk of the job he liked.

“This one has everything the Burgon suggested we incorporate in the top-of-the-line models reserved primarily for WindWarriors. They won’t be sold to the general population.”

“Precisely,” Degendesch agreed. “Runabouts with the capacity for stealth bombing and strafing if needed.”

The colonel shook his head. “We’re calling the new color midnight wine. The deepest, darkest burgundy and—in accordance with the Burgon’s orders—it is made from a material that does not generate heat signatures, nor will there be any markings to identify the craft.”

“No markings mean no markings. Don’t worry. You’ll get the second craft to roll off the assembly line. King Gabriel Leveche will get the honors of the first production.”

Nodding, Cree pulled the chair from his desk and was about to take a seat when the vid-com on the wall opposite blinked on.

“The Fleet Academy transport carrying the new candidates for test pilot will be arriving in precisely three minutes and twenty-two seconds.”

Pursing his lips, Cree thanked her then pushed his chair back under the desk. He swiped his vid-pad from the desktop and used his middle finger to scan to the file which contained the names of the candidates. “I guess that’s my cue to do the meet and greet.”

“Be gentle with them, Reaper,” Degendesch said. “One of them comes from a very famous family.”

Cree glanced down at the list of names on the vid-pad. He didn’t recognize any of them.

“Incognito. Not even I was given the candidate’s real name.” Degendesch lowered his voice. “Hush-hush, need-to-know only I was told.”

“Aye,” came out from between clenched teeth.