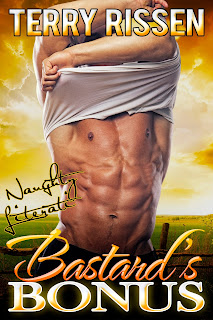 Blurb:
There is no love lost between the Glass Spinners' Guild and the Tavern Keepers' Guild. For Ian and Zane, it means they can never be together, or risk losing everything.


Arcs of molten glass steamed in the damp morning air as Master Glass Spinner Ian Etheridge directed them from the crucible into the new mold. He preferred working freeform, but a commission was a commission, even if it was tedious. Master Tavern Keeper Zane Tandy wanted a gross of goblets for his restaurant and was willing to pay for the prestige of having a master glass spinner make them. They would have been a fraction of the price had he simply gone to the Guild and ordered them there. Any halfway competent senior apprentice could make flawless goblets, but Tandy was adamant. He wanted a Master’s mark on the stems. No, he wanted Ian’s mark on the stems…and no apprentice was to touch them.

And Ian welcomed any commission from Tandy. From Zane. It was one of the few socially acceptable ways they could interact. While there was no official barrier between them being friends, Ian couldn’t be just friends with the man he loved. Zane had said much the same to him in their youth. But as neither of them were from wealthy families, membership in their respective Guilds was more important than who they loved. In public they argued and seemed to barely tolerate each other. It was, in its way, a courtship of sorts, but not one anyone else would recognize.

So Ian had charged him five times the going rate. Who would ever think he was in love with, or even liked Zane if he gouged him at every turn? He’d registered his master’s mark as a work of art in and of itself, and no matter how much they hated it, the Board hadn’t been able to find a reason to overrule him. That let him set his own bastard’s bonus without the Guild getting their fingers into his coffers. Ian would still give a generous portion to the Guild, specifically to the Apprentice Hall. Not even Leo, the most obstreperous of the Guild Elders, could do anything if he was always generous to the Guild, despite distributing his largess on his own terms.

Leo had never let anyone forget he himself had been presented to the Wizards’ Guild as a youngster. He postured and preened, focusing on the invitation rather than the fact that he’d failed in his first year and been sent home.

Ian, too, had been presented, but he’d always wanted to be a glass spinner, so at the tender age of nine, he’d declined the Wizards’ Guild’s offer. He’d dreamed of working the red hot streams for as long as he could remember, and the day he’d been accepted as a Guild apprentice had been the happiest day of his life—until he got his Master’s mark and opened his own shop. His mother had been so proud. She’d also been relieved since he wouldn’t be spinning her goblets into bird’s nests or spider webs or any of the other fanciful, beautiful, yet useless shapes his heart desired.

Ian checked the cooling spells on the mold. This was apprentice-level work, but Tandy was paying and even though it irritated him, Ian couldn’t deny the value of staying in touch with the basics of his craft. It didn’t hurt to have his own apprentices see him doing even simple tasks. Nothing that came out of his shop could be less than perfect. Once apprentices got over the shock of seeing a master doing menial tasks, creating work-a-day objects with the same attention to detail he applied to one-of-a-kind pieces, they started down the path of true mastery of the craft.

He sealed the shelf holding the mold and moved to yesterday’s pouring. Ian began releasing the spells that held the glass in the mold, and then one by one, he began to remove the dozen delicate looking goblets and set them on the work bench.

He’d set the fifth one down when the musical chime on the door sounded, and then Malik, his newest apprentice, spoke. He couldn’t tell what was said, but he didn’t need to.

Zane Tandy had arrived and despite Ian’s iron control while he worked, his breath caught for a moment and butterflies took up residence in his stomach.

Every morning when he unmolded the new goblets from the day before, Tandy showed up before he finished. He said he wanted to see them as soon as he could, then he’d watch the apprentices pack them—his only concession to Ian. Once packed, he’d pay Ian for that portion of the commission, nod stiffly, and leave, Tandy’s apprentice in tow with the box of goblets.

Today he would pick up the fifth pouring. Ian paused, the goblet in his hand glittering in the sunlight streaming through the workroom windows. Yesterday was the unmolding of the fourth pouring, and Tandy had arrived as he’d removed the fourth goblet. He wondered if Tandy had a spy in his shop, tipping him off about when Ian started the unmolding. Ian smiled as he set the fifth goblet next to its fellows.

“Bright Morn, Master Spinner.” Tandy entered the workroom with the same gravity and grace that he always did. Ian continued his work, carefully releasing the sixth goblet from its mold and setting the surety spell to keep it from breaking for years to come. While he didn’t mind charging a bastard’s bonus when he deemed it warranted, he did feel he might have overdone it in this case. The least he could do was give Tandy his money’s worth. It cost him nothing, especially since he had no desire to accept or refuse another such menial commission. Once was enough.

“Bright Morn, to you, Master Tandy,” Ian replied. He focused on his work. Release the spell, raise the goblet, inspect it visually and magically, set it with the others if it was flawless. Ian hadn’t produced a flawed goblet in years. Teaching aside, he should be more annoyed by this odd commission than he was. He knew why he wasn’t, but he didn’t want to deal with the reason.

Zane Tandy was out of reach and always would be. The Guild would have his hide if he courted a Master of Tandy’s Guild.

And that was the short and long of it. On the surface, he and Tandy had a somewhat adversarial relationship. Tandy would commission all sorts of things from Ian, and insist Ian produce them all by himself. Ian, for his part, would dine at Tandy’s restaurant, insisting that Tandy prepare all the dishes and deliver them to Ian’s table. Ian would be both grudgingly impressed and mildly offensive in his praise. Tandy would graciously accept it and blame inferior workmanship in the kitchen and tableware for any perceived deficiencies. All of which had been made by Ian.

It was not by accident that Tandy had named his establishment The Glass House.

But always they kept each other at arm’s reach. Ian was “Master Spinner” in his shop, “Master Etheridge” in Zane’s restaurant. Only in the privacy of his own mind could Ian use Zane’s given name. In public he had to be “Master Tandy” or “Tavern Master” in his own place.

“Does the pouring meet with your approval, Master Tandy?” Ian carefully kept his eyes on his own work and his mind out of the rabbit hole of regret.

“It appears adequate thus far, Master Spinner,” Tandy replied. Ian glanced over his shoulder to see Tandy holding up one goblet to the light. Rainbows danced around the room as he turned the glass. “Quite adequate, Master Spinner.” He set the goblet down, releasing it with a gentle stroke over Ian’s mark. Tandy met Ian’s eyes for a brief, heated moment, then his usual taciturn manner reasserted itself and he stood tall and self-contained, his hands clasped behind his back.

“If you would care to sit, I could have a chair brought to you,” Ian set the eighth goblet on the workbench as he spoke.

“Do you think me so feeble I cannot stand for a time?” Tandy sounded mildly amused.

“I think you a guest in my workroom,” Ian said, “an unannounced guest, but a guest nonetheless.” Ian fell into their typical mild sniping with practiced ease.