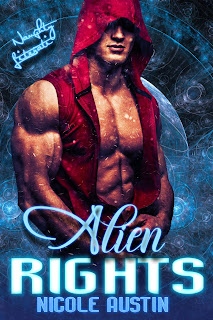 Blurb:
Be careful what you wish for—it just might come true. While Emily may have wished to be taken away, waking up on an alien cruiser, naked and intensely turned-on wasn’t what she’d had in mind.
*Published in a previous Naughty Literati anthology.*


Between one heartbeat and the next, darkness shut out the stars, her body became weightless and rose into the air, and she drifted off into nothingness.
Posted by Nicole Austin at 12:00 AM