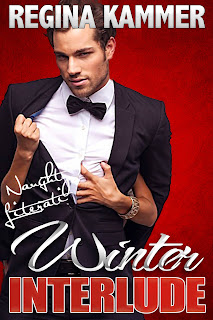 Blurb: On a cold winter’s night in 1778, two patriot soldiers recall their first sensual encounter and ponder their future together with the women they love.

Excerpt:
“I reckon the intelligence from Lieutenant Hawkins has kept you busy of late.”

Pat blew out a smoke ring. “Yeah. He’s a funny one. Quiet, until something irks him. Then he just raves outrageously.” The hazy ring twisted and twirled in the air. “Charming accent, though. I could listen to him ticking off inventory entries for hours.”

Sam shifted his weight. “I didn’t know you found British accents so captivating.”

“I didn’t know either until Hawkins—”

Pat stopped. Sam’s comment wasn’t about Hawkins. “Maybe not so much the accent. Maybe it’s the rich masculinity of his voice I find attractive.”

Sam pursed his lips and stared at the floorboards again.

“Or the fact he looks a little like you. His hair the same brown,” Pat glanced at Sam’s disheveled queue, “although perhaps styled with less disarray.”

“His eyes are just a bit more gray than yours. Less blue.”

As he stood, Pat set his pipe in a small salt-glazed bowl on the desk. “He’s not much older than you. Perhaps twenty-seven.” He surveyed Sam from head to toe. “His body’s lean, vigorous, much like yours.”

Pat took two steps toward him and placed a hand on Sam’s forearm. “I have no interest in Hawkins,” he said gently, “and he has no interest in me—in men. Trust me. But I find a curious pleasure in being with him. I can only deduce it’s because I miss being with you.”

A bloom of color brightened Sam’s face. “You do?”

“I do.” Pat loosened the knot of Sam’s arms. “But what with training quartermasters to be soldiers, fighting a dogged enemy, and burying the dead, it’s been difficult to get a moment.” He took one more step forward.

Sam’s breath quickened in time to the thrum of Pat’s excited pulse. “You should get a promotion for taking over when I was injured.”

Pat reached for Sam’s hand. “I didn’t do it for rank, Sam. I did it for freedom and I did it for you.” Sam’s fingers were still cold despite his earlier attempt at warming them in the fire.

Sam flushed. “I don’t deserve you.”

A surprising thing to say given Pat’s perfidious behavior.

Sam must have seen the surprise on his face. “I’ve been a bloody fool for shutting you out, Pat. You’re the best friend I’ve ever had.”

Friends. Is that what they were? It felt like something decidedly more than that.