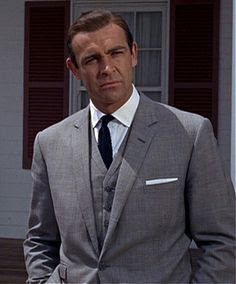 I was in the Fifth Grade when I discovered James Bond. My teacher that year let us read when we finished the set work, and I spent a lot of the year reading. My Dad had all Ian Fleming’s James Bond books, and I read them one after the other. Yes, I know, likely not appropriate for a little girl but my dad never tried to control my reading, and my teacher didn’t either. 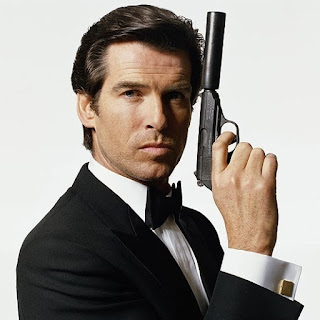 I’ve been half in love with James Bond ever since. Who could resist Sean Connery? Or Pierce Brosnan? Or Daniel Craig? 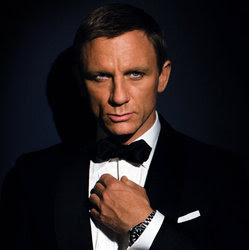 So today I’m throwing a party. Each of the James Bonds will be arriving at the height of their movie perfection. Sean Connery as he was in “From Russia With Love”. George Lazenby from “On Her Majesty’s Secret Service”. Roger Moore from “the Spy Who Loved Me”. Timothy Dalton as he was in “License to Kill”. Pierce Brosnan from “Golden Eye”, and Daniel Craig from “Quantum of Solace”. 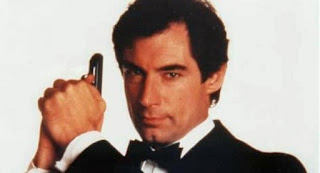 And I’ll be there as well. Just me and arguably the six sexiest men on the planet. There’ll likely be some martinis (shaken, not stirred), and I definitely plan to drive a brand new Aston Martin very very fast at some stage of the evening. Other than that, I’ll leave the rest of the evening up to your imagination! 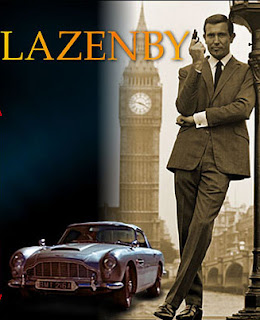 Like many writers, I’m fascinated not just by sexy men, geeky gadgets, and fast cars, but also by “what if” questions. “What if North Korea really did carry out its threat to bomb America? What if the Islamic State did establish a Caliphate? What if some idiot set loose bacterial warfare?” 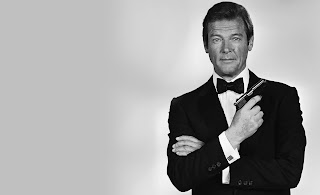 The “Born to Rule” series of books follows the stories of Terah, Raine, Flame, and Skye, women whose destiny will only be discovered after the world as we know it has gone forever. The planet Mu Arae 7 sends warriors to Earth on a mission. Each warrior must find his bride to complete his mission. 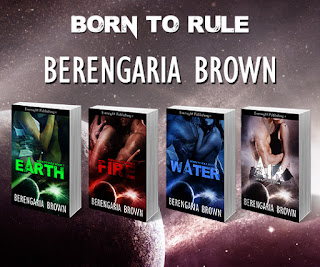 “Born to Rule” Book 1: “Earth: Every twenty years a small group of warriors from Mu Arae 7 come to Earth to find their brides. Andreas captures Terah on the hill near where his spaceship lands and knows he has obtained his bride. He claims her immediately because he knows she’s the only woman for him.
Terah's running from trouble when she’s captured to be an alien’s slave. There’s nothing she can do to escape...but would she even want to?
Buy link: http://www.evernightpublishing.com/earth-by-berengaria-brown/

“Born to Rule” Book2: “Fire”: Flame was standing on the hill looking down at the village when the aliens captured her. She was locked in a room in the spaceship until evening when they were all fed. After the meal a black-haired man claimed her and she was taken to his room to be his slave.
Chad was so excited at finding his bride so soon after arriving from Mu Arae 7, that he couldn’t wait and made love to her before he’d even gotten to know her. But the next day he has to work out how to show her he doesn’t just own her, he also cares about her.
Buy link: http://www.evernightpublishing.com/fire-by-berengaria-brown/

“Born to Rule” Book 3: “Water”: Duncan is filled with rage. All through the long journey from Mu Arae 7 he’d envisioned his bride as an opulent, curvaceous, dark-skinned beauty, and he’d ended up with short, thin, light-skinned Raine. He wants to ignore her but the call between them is too strong. So he takes her to his room and claims her with lust and desperation, not love. Raine accepts that she’s his slave, but she’s also determined to explore the underground well. With or without his permission.
Buy link: http://www.evernightpublishing.com/water-by-berengaria-brown

“Born to Rule” Book 4: “Air”: None of the huge aliens from Mu Arae 7 has chosen Skye to be their slave. Not that she wants to be a slave, but she’s lonely now all her friends have been taken. Then Gabriel holds her and warms her up and claims her. For an alien, he’s kind to her even though she doesn’t always understand what he wants. But Skye feels hopelessly inadequate, and so much less worthy than anyone else here. Gabriel knows he wants Skye, but how can he convince her to trust and accept him when he’s captured her? And will she develop a power?
“Air” releases 18 November!

Posted by Berengaria Brown at 11:05 PM