Excerpt from TAKE A CHANCE by Alexa Silver 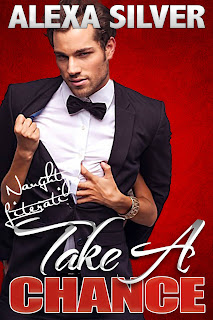 Blurb: Hunter and Lani never expect to find love from a near tragedy.

Leilani Kolbiaw watched, fascinated as First Officer Zane and Barb greeted each other. It was so good to have the first officer here, especially since Captain Joe wasn’t. Lani sniffled a couple of times, but didn’t allow tears to fall. It didn’t matter that she hadn’t even spoken to Cap before Flight 817; they’d become fast friends afterward and she missed him so much. It wasn’t fair that a hero like him had died so young.

Okay, young was a relative term but he’d had a lot of living left to do, and a drunk driver had ruined that for him, for his family, and for all of those he’d touched in his fifty-six years of life.

At least Hunter Zane was here. Lani hadn’t seen much of him on the Facebook page, or the private email list some of the survivors chatted on. He was still subscribed, but he didn’t seem to say much.

Lani felt so sad for those people.

It had started out that way, anyway, but the kiss had deepened, until First Officer Zane had pulled away, scrubbing his hand over his face, and had told her he was married. He couldn’t do that.

But now, he had no wedding ring on, and there was something about his bearing that made her think he was totally and completely aware of her, even though she had sunk back into the darkness in a corner of the room.

Her nipples tightened and pussy clenched. God, how she wanted that man! Lani had been sure that they would get together some day; their attraction had been wild and untamed. Yet Hunt had never made the move, and Lani wasn’t sure she should.
Posted by Nicole Austin at 12:00 AM