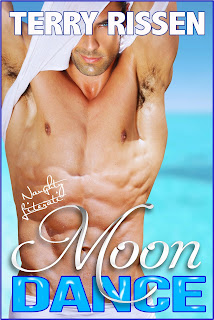 Blurb: Christina and Will’s honeymoon in Berlin turns potentially deadly as dark forces seek retribution for Will’s past life actions. Can Christina save her beloved?
Paranormal

Christina woke slowly. It took her a few moments to realize she wasn’t at home and then a few more to remember where she was. That woke her fast. She grinned with excitement and nearly jumped out of bed until she looked at her husband. Husband! That was going to take some getting used to, but she was willing to spend the rest of her life if that’s what it took. Will was still sleeping deeply at her side and her grin softened to a fond smile as she watched him. She debated waking him then decided against it. He’d grown so much since they met. The boy who wanted to make love on the wing over the ocean had given way to the man who watched over her so carefully.

In a way it galled her because she was Protector born and bred. It was her duty to Protect her husband—her Prince, but that was going to be an uphill battle. For now, at least she could do something for him.

Christina eased herself out of bed, then gathered a few items from her suitcase before heading into the bathroom. She was glad they’d been able to get into one of the newer American hotels. She thought she’d heard someone say the hotel was booked solid when they checked in. Odds were, their rooms had been conveniently available when the reservation had been made. She didn’t want to be traipsing down the hall to use a communal bathroom as she’d heard many European hotels forced guests to do. They’d both have spent every moment watching their backs.

She showered, dressed and then checked on Will again. She’d half hoped he’d’ve awakened while she was in the shower, but no such luck. He was still sleeping, though he’d rolled over to her side of the bed, clutching her pillow. For such a strong, powerful man, he could be such a sap. It was, as she told him, part of his charm.

Christina wanted to let him sleep, but he needed to eat, too. She called room service and ordered a meal brought to them in an hour. She had an excellent idea of how to wake her new husband. No matter how much work he had to do while they were in Europe, it was their honeymoon as well.

The clothes she’d just put on, ended up draped on a chair and then Christina pried her pillow out of Will’s sleepy grasp. He muttered a protest then rolled onto his back, settling back into sleep. Christina grinned then slipped back into bed next to him. There was one thing that was certain to wake him.

She nuzzled Will’s neck, breathing in his musky scent. He turned toward her in his sleep and settled again. It had taken weeks of sleeping together before Will had been able to sleep with her so close to him. He had always been on high alert, but gradually he seemed to have accepted her into what his unconscious mind sensed as safe. Christina had felt almost as honored by that as she had by his proposal. Some days she felt more honored. Will never talked about his childhood, but his mom had mentioned a few things to her new daughter-in-law and Charles, the Prince’s Moarte had filled her in on things he felt the Prince’s Consort needed to know.

Christina had never been someone’s safe place before. She vowed to never do anything to abuse her beloved’s trust. While that did limit her options on waking her husband, it didn’t eliminate them. She snuggled in against him and began to kiss his neck. As her hand lightly stroked his chest she was rewarded by a sleepy groan. She nibbled on his earlobe as her hand drifted down to his belly. A sharp nip caused him to gasp and then he muttered her name.