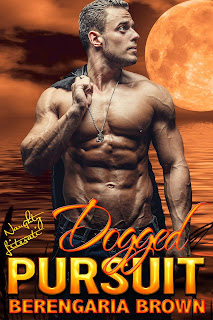 Blurb:
Dwyer’s nose is telling him Nelson is his mate. But werewolf tradition says a male’s mate is always a female. *This previously published story has been revised and re-edited.*

Excerpt:
Dwyer was almost certain the recall of half a million SUVs over a potential seatbelt malfunction would be the death of him.

Here it was, just a week before Halloween, and his wolf needed to get out. He needed to run, to howl, to fuck. Especially to fuck. And instead of taking the week off and heading out into the woods like he did every year, he was stuck in the city chauffeuring fat, middle-aged men back and forth from the car dealership to their city workplaces.

He didn’t need this job. He didn’t need the salary they paid him, which wasn’t large anyway. But he did need the routine and sense of being “normal” and “ordinary” it gave him. He went to work each morning, came home each evening, paid his rent on time, and his neighbors and colleagues accepted him as one of them. But holding his wolf inside was getting harder and harder, and if this seatbelt fiasco wasn’t sorted out soon, he would end up turning and biting and howling. And undoubtedly in jail. Or even shot, his pelt and head hanging on some redneck SUV owner’s wall.

“Hey, Dwyer. Got your next ride for ya.”

Dwyer pulled his mind back to his job and sauntered over to the service desk.

“Nelson Austin. The redhead.” The dispatcher tilted his head in the direction of a man with collar-length red hair, wearing a standard, dark gray business suit and holding a bulging briefcase.

“Yeah. Needs to go way over to the east end of town. No one else needs a ride out that way.” The dispatcher handed over a sheet of paperwork.

Dwyer read the address. “Man, that’s gonna take me a good hour, seventy minutes, to get there.”

“Yeah, take your lunch break, too. I’ll expect you back by one thirty.”

Dwyer crossed the room. As he got closer to the man, he sniffed something exciting, arousing. Something that made his cock harden and lengthen and push against his zipper. “Mr. Austin? Let’s go.” Opening his mouth to talk let the scent come into him even more strongly. It was so delicious. So entrancing. So—right.

Dwyer shook his head, Nah. Couldn’t be. Just because he was gay didn’t change the fact that male wolves mated for life with females. Not other males. His nose must be fucked up with his need to change and run. God, tonight he would have to drive out to the national park and run and run, even if it meant he would need to call in sick tomorrow because he’d be too exhausted to work.

As soon as they were seated in the car, his passenger downloaded e-mails and started answering them. Dwyer opened his window wide. The scent of the man was driving him insane. His cock was so engorged he was going to have a bad case of zipper-burn. Dwyer kept watching the redhead out of the corner of his eye.

This Nelson Austin was no paunchy middle-aged man. He was probably only an inch shorter than Dwyer’s own six foot two, and looked to be in his early thirties. His red hair was likely natural since his eyebrows were the same shade of red, his skin was fair, and his eyes a light hazel. Under the boring business suit, he had broad shoulders and seemed to have good musculature, too. In fact, he looked as good as he smelled.

About forty minutes into the trip, Austin put his laptop back in his briefcase with a sigh of relief. “No problems at work, thank God. Doesn’t look like they’ve missed me this morning.”

“Statistician. People send us information, we crunch the numbers and send back reports. Real boring unless you like playing with numbers, which I do.”

“What sort of numbers? Why would people want them crunched?” Dwyer hoped that by encouraging his passenger to talk and concentrating on the conversation and the traffic, his cock would get the hint and soften. A quick fuck was not on the cards right now. His job was to drive the redhead into town, not fuck the man blind. Unfortunately.

Dwyer tried to keep his mind on Nelson’s explanation of why corporations asked the company to do the math on the best places to establish new stores or which towns needed more franchises, but even with his window wide open and traffic smells wafting in, the scent in the vehicle was overwhelmingly screaming at him, “You’re mine. We’re compatible. Fuck me now.”

As they stopped at a set of traffic lights, Dwyer glanced at the other man’s lap. His suit pants were by no means tight, but there did seem to be a decided bulge there. And surely the man had widened his legs and slid down on his butt to give himself more room? God, if only he was driving an RV right now with a bed in back. He could throw the redhead on it and fuck the enticing man’s brains out, and see if his nose was telling the truth about their scents and rightness for each other.

Dwyer forced himself to pay attention to the conversation and keep his passenger chatting, but damn. This close to Halloween, it was hard enough to control his wolf without being teased and tormented by meeting a potential mate as well.

Nah. Not possible. Male wolves did not mate with males. Get your head out of your ass, Dwyer, and drive.
Posted by Nicole Austin at 12:00 AM