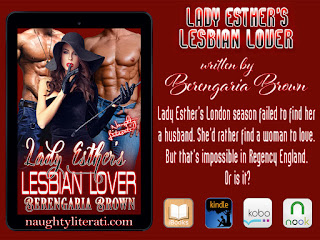 Blurb: Lady Esther’s London season failed to find her a husband. She’d rather find a woman to love. But that’s impossible in Regency England. Or is it? 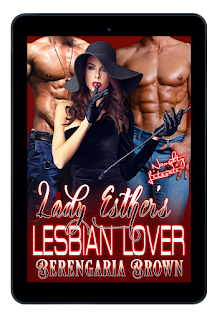 More and more people arrived for the ball until the room was as overfull as if they’d been in town. That was the crown of a successful event for Patience, but it simply made Esther long for an excuse to walk outside in the gardens. Quietly she made her way around the room, until she reached a long window which opened into the garden. The door had been left open a crack, so it seemed other people had the same idea as she did. Esther drew in big lungfuls of air and walked down the shallow steps into the garden. Several men were standing over to one side, smoking cheroots, so she went the other way to a stone seat.
Sitting on it was Cecilia, her shawl wrapped around her shoulders, her head tipped up to the sky.
She startled as Esther approached and then smiled. “It’s so beautiful out here. I vow I could count the stars they’re so bright tonight.”
Esther looked up and agreed with her. “That’s true. I’m glad they’re there, but they don’t inspire me to number them.”
The other woman giggled. “Well, we could name the constellations if you prefer.”
Esther laughed. “Oh no. I doubt I can even remember them. Are you teaching the twins those kinds of things?”
“Not yet. Maybe in the middle of winter we could do that though. It gets dark much earlier and wouldn’t be so far past their bedtime.”
“I don’t really know anything about children. I’ve never lived with any before. I suppose if I were a good aunt, I’d spend more time with them.”
“Do you want to do that?”
Esther stared at Cecilia. “I do want to be a good aunt, but I don’t crave children, or long to be with them. I suppose I like older people. People I can hold a proper conversation with.” She closed her mouth quickly. That made her sound like an unnatural female. Wasn’t every woman supposed to ache to have children of her own? Babies to hold and nurture?
But instead of condemning her, Cecilia simply nodded. “I agree. I like teaching them things. Watching their eyes light up as they understand a new concept.”
“What else do you like doing?” Esther asked.
“Reading. The library here is amazing. There are so many books I’ve never seen before. It’s crammed with the most amazing treasures. I found a little volume of Lucius Livius Andronicus’s poetry last week. I’ve read it twice and still can’t bear to return it to the shelves.”
Esther adored reading herself but she had no idea who this Lucius was, or that the library was so well stocked. There was a shelf of her mother’s books, but her mother had been dead so long most of the books were very old.
“Clearly I need to look in the library. I haven’t been there yet. My father used it as his den before he became frail, so I wasn’t welcome there. Erasmus has arranged for the Circulating Library to bring me books, but I hadn’t even thought of the library here. My mother’s books are all very old indeed.”
“I don’t think many of these books have been read. They’re all on the upper shelves. The books your father preferred are likely the ones that are easy to reach.”
“That makes sense. Tomorrow I shall explore the upper shelves. Do you have free time? Shall we plan a sortie into the library together?”
Esther suddenly worried that she might be getting Cecilia into trouble. She was the governess, not family, after all.
“Edward still naps every afternoon and the twins are only with me in the mornings. Patience often needs my help with other tasks in the afternoon but not always, especially now she has your company.”
“I haven’t been much help yet. She was planning this ball all week. Oh dear. I’ve been out here quite long enough. I must go back. I hope to see you tomorrow afternoon.”
Esther stood up and walked back inside, but for the rest of the evening she was thinking about Cecilia. Patience was her sister-in-law and she loved her. But Cecilia might be her friend. That would be wonderful. 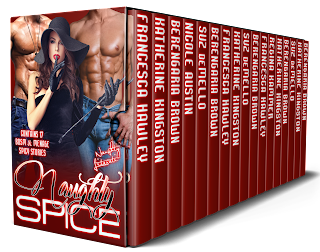