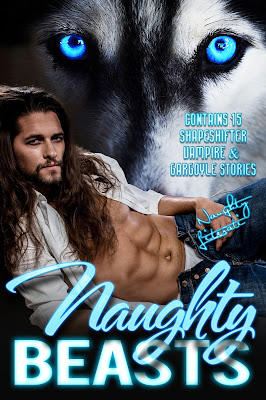 BUY ME A ROSE
Francesca Hawley
Jessica and Nathaniel Whitewolf celebrate their thirtieth anniversary as True Mates, but they’ve lost their bond. Now a hot couples’ retreat will get it back.

HOW TO BLACKMAIL A VAMPIRE (BLOOD MATES 1)
Belle Scarlett
In the spring, a vampire’s fancy turns to the blood lust mating hunt. A pretty, human blackmailer becomes the object of his thirst, but she’s not into vampires. Yet.

HYBRID MATES: MY VALENTINE LOVERS
Nicole Austin
All I want for Valentine’s Day is to get barbed by a feline shifter and act out a few of the naughty twin fantasies getting me hot and bothered.

HYBRID MATES: MY KIND OF LOVER
Nicole Austin
Badass biker girl, accountant, lioness shifter—I’m all that and more. And this hybrid wolf thinks he can take me on? Bring it, you sexy beast! I’ve got this.

SOPHIE’S CHRISTMAS GARGOYLE
Katherine Kingston
When Sophie helps rescue a battered woman, she gets more than one surprise from the woman’s other self-appointed protector.

HYBRID MATES: SEX ME UP
Nicole Austin
One night at a Paris sex club—no strings, complications, or inhibitions—just lots of fantasy sex. But in the morning I forgot the most important rule. Never run from a feline predator—they live for the chase.

IMMORTAL HUNTERS
Suz deMello
Vampire Rama avoids attention by working nights as a private investigator. No one cares if some bad guys disappear on her shift. Then Detective John van Helsing shows up. Bearing the name of the vamps’ greatest foe, he interferes in her case and in her life. Friend, lover, or enemy?

THE BERMUDA LOVE TRIANGLE
(PACK MASTERS 1)
Belle Scarlett
Castaway in the Bermuda Triangle, Trista finds herself torn between two sexy shifters. Neither will share her so she must choose between them. Decision, decisions…

OCEAN DREAMS
Suz deMello
Marine biologist Sandi has never forgotten Blue, the baby dolphin with whom she bonded. Reunited with him years later, she discovers he’s a shapeshifter in the sexiest possible way.

HER GARGOYLE GUARDIAN
Katherine Kingston
Ginny decides to pursue a relationship with Ben despite the risks to her heart. She can cope with his claim that he’s a shape-shifting gargoyle, but his warning that they will have only a short time together gives her pause.

NO GENTLEMAN
Francesca Hawley
Librarian Abby Kelly comes west finding a roguish shapeshifter who desires her. Will Goldwolf is no gentleman, but Abby discovers he’s just what she wants.

WERE THE HELL?
Berengaria Brown
Septimus has to learn why no female weres have been born into his pack. When he walks into the meeting room he smells his mate. A male.


*These titles have been previously published in earlier Naughty Literati boxed-sets.* 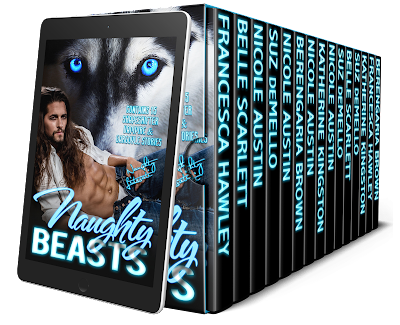