October is heating up with hot cowboys in my new release.

Pleasuring Pandora in Roping the Cowboy 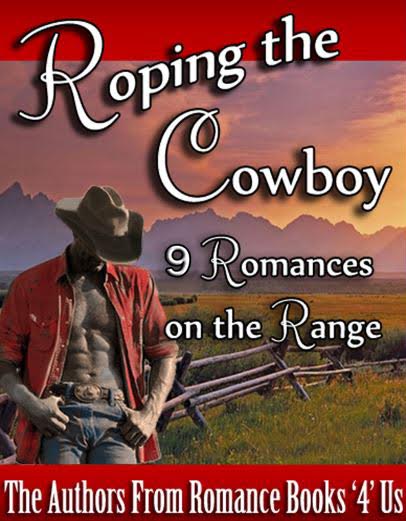 This luscious cowboy’s been on her radar for years, but he’s never noticed her. A speeding ticket changes everything, leading to a sultry weekend and no-holds-barred romance—Texas style. 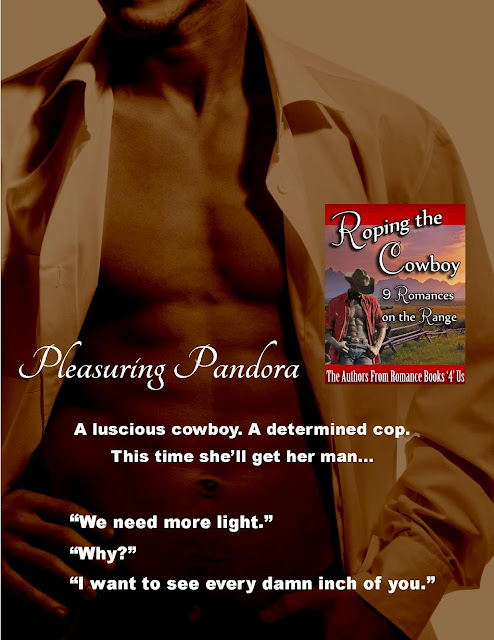 Well into night, the temperature and humidity remained brutal. Pandora had never sweated so much, her condition having nothing to do with the shitty weather.

Her BFFs, Lupe Torres and Simone Johnson noticed she hadn’t fallen in step with them. They crossed the gravel lot back to her. Lupe adjusted her sequined top. “You’re seriously not staying out here, are you?”

Better than to go inside Boots and do something foolish. “I told you I didn’t want to be here.”

And pigs would don high heels and dance. He’d surely come in more ways than one.

On tiptoes, Lupe scanned the lot, her too-tight jeans forcing her to take itty-bitty steps or risk ripping a seam. “You might be right. I don’t see his pickup.”

“He could have hitched a ride with someone else.” Possibly the young women in the red convertible. Nope. The vehicle wasn’t anywhere in the lot. Hope fluttered. Reality killed it. “He’ll be here sooner or later, and I don’t want to see him. He caught me smelling his license. If he doesn’t think I’m nuts, he probably figures I’m weird.”

“Look on the bright side.” Simone smiled without parting her lips. She hadn’t been able to afford braces until now. The ugly suckers grilling her teeth wouldn’t come off for another six months.

“Okay.” Pandora forced a grin. “Bright side of what?”

“Maybe he won’t remember you from this afternoon.”

She sagged. If he was inside dancing, or worse, making out with a woman like he meant it, that’d kill her. She didn’t have enough years left to wait until his next divorce and for him to notice her. “I can’t do this.”

“Sure you can.” Lupe hugged her. “You look gorgeous.”

She resembled a wannabe Kardashian, her outfit borrowed from Lupe and Simone. A sparkly bustier in scandalous red, black jeans snug as skin, and fringe cowgirl boots. Pandora’s hair fell loosely to her waist, rounding out the smutty picture. “He might be with his date.”

Simone shrugged. “So? Make him forget her. Grab yourself a cowboy and give Jack someone to be jealous of.”

“In what universe? He doesn’t know me.” She covered her face. “He doesn’t want me.”

Lupe slapped Pandora’s biceps. “Quit talking that way. Did you forget why you got this?” She jabbed Pandora’s shoulder.

In a braver moment, she’d gotten a tattoo there, the stylized swan showing she’d evolved from the Plain Jane wallflower she used to be, to a woman men wanted. “I’m going to get it lasered off.”

Simone and Lupe pulled her into the building.

The heat punished worse than outside, this warmth generated by countless bodies and raging hormones. Couples danced, cuddled, kissed, and groped to the thunderous beat. Unattached guys hung out at the bar, played pool or darts, and eyed the single ladies. An acrid cloud hung heavy enough to kill a five-pack-a-day smoker.

She couldn’t get her lips to work. Jack strolled through the smoky haze with more macho than Moses had through the Red Sea and stopped directly in front of her, seemingly conjured up for her pleasure. Black jeans hugged his long legs, dress boots his big feet. His black shirt fit snug, the sleeves folded back to expose his forearms. A huge silver buckle displaying the letter R graced his belt. He’d left enough stubble for a dangerous edge and looked good enough to eat.

“Sure.” Simone giggled. “Pandora gave you a ticket this afternoon. Remember?”

The heat in his eyes said he didn’t…or maybe he did. Pandora couldn’t be certain.

Tingles shot up her arm. Her throat constricted, making speech impossible. She slipped her hand into his.

He shook firmly, proving his strength, but kept it gentle, too, though not enough to let her get away. With skill honed from a thousand conquests, he eased her closer and fondled her fingers.

Not about to play dead, she stroked his thumb.

He reeled her in, their knees bumping, thighs touching. Noise receded, along with the crowd. Only he remained, his eyes sparkling in the faint light.

He cupped her face.

Not even death would have kept her from enjoying his touch. This felt too good and right. What should have happened years ago.

She melted into him, eager to start their journey no matter the final destination. Only fun mattered, experiencing what beautiful people did so effortlessly.

He stroked her cheek, his gesture surprisingly tender. “We good so far?”

Whiskey scented his breath, musk his bod, making her bold. “Definitely, but I want more.”

Mischief and lust danced in his eyes. “What did you have in mind?”

Intense and all male, he lowered his mouth to hers and slipped his tongue inside. 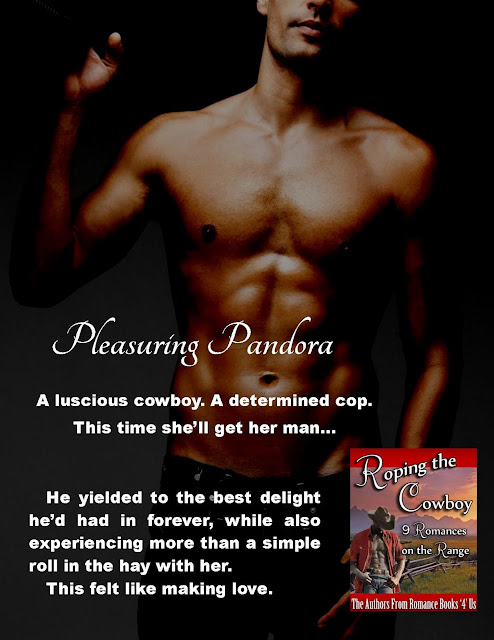