As we tally off the years, we get a little soft around the middle, our knees creak when we climb stairs, our muscles complain if we try a new dance move, our fifty shades of youthful tresses dim to one shade of gray.

And yet, we still crave romance, we still yearn for love. Because, even though we’ve grown older, we’re still human. We may not have the raging hormones of youth, but the heart still desires emotional satisfaction.

So it is with romance novel characters.

Back in the day, romance novels mostly dealt with the idea of first love, that intense Romeo and Juliet passion that gripped a couple with such fervor they would do anything for each other. It’s great to read such novels that transport one back to teenaged or college days (although Regency heroes all seem to be about thirty-five, at which age they realize they must end their rakish ways). But we readers get older and sometimes it’s difficult to feel empathy toward a heroine whose biggest worry is what to wear to the ball or ohmygod is anyone going to ask me to dance because I’m so ugly when anyone over the age of forty knows that all eighteen-year-olds are beautiful. Every single damn one of them.

So, as romance readership grows older, they demand older characters with the worries and conflicts of maturity.

My first published story, "An Age Play", dealt with an older married couple shaken up by a proposal from a young man. I was in my early forties and had been married for at least a decade when I wrote the story, so could easily construct the characters and the what-if scenario. What’s interesting is that women readers like the story because the heroine does something she’ll probably never get a chance to do ever again because of her age. Male readers tend to not like the story probably because they identify with the middle-aged husband and not the youthful protagonist.

I’ve written ingénue heroines – Clara, Helena, Sophia (when she’s in Disobedience By Design) – but I do tend to gravitate to more mature characters. Why? I’m not on some mission to provide readership with older heroes and heroines, I just find their issues way more complex and interesting. There’s more backstory and there’s been more self-examination. All of this leads to confronting conflicts differently.

I’ll give some examples and try very hard not to include spoilers. Let’s start with Misterotica’s favorite hero, Paul Bridgers in The General’s Wife. Paul is in his thirties so he’s not totally in that mature character zone, but he’s probably in the mature demographic for 1777. Paul has a relationship with the heroine Clara that could go in many different ways, but, as he’s old enough to know a bit about himself and what he wants out of life, he chooses a particular path. His mature decision is the impetus that thrusts the story toward its happily-ever-after.

In Disobedience By Design, the young hero and heroine, Joseph and Sophia, take a huge risk with their lives and love despite knowing the consequences will tear Sophia’s family apart and upend aristocratic society. Twenty years later, in Where Destiny Plays, Sophia’s brother Arthur is faced with sacrificing his own heart to reunite the family torn asunder by the rashness of youth. Because Arthur is in his mid-forties, he approaches finding a solution with rationality and less risk-taking despite being tempted toward recklessness.

My mature heroines have different concerns than my younger heroines. While teenaged Clara, Annabella (The General’s Wife), and Helena have a world of endless possibilities before them, my mature heroines have already made choices along the way. Lavinia (Where Destiny Plays), Jean ("An Age Play"), and Jennie ("Silent Sky") each have chosen a child-free life. Laurie of "Window Display" is thoroughly committed to an academic career path. These heroines want romance to fit into their lives, not the other way around.

Likewise, my mature heroes have been settled in their bachelor ways for a lot longer than the canonical thirty-five-year-old Regency rake. Zeuster at the end of Hadrian and Sabina, Julius in Where Destiny Plays, and Arthur in Where Destiny Plays have resigned themselves to living the solitary male life, perhaps with a lover every once in a while.

But true love finds each and every one of my heroes and heroines despite their years. Because love is ageless and timeless. Unlike my knees. 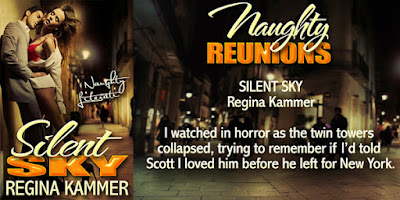