Like many writers, I’m fascinated by “what if” questions. “What if North Korea really did carry out its threat to bomb America? What if the Islamic State did establish a Caliphate? What if some idiot set loose bacterial warfare?”
The “Born to Rule” series of books follows the stories of Terah, Raine, Flame, and Skye, women whose destiny will only be discovered after the world as we know it has gone forever. The planet Mu Arae 7 sends warriors to Earth on a mission. Each warrior must find his bride to complete his mission.

Old Anny told all the community the story of their history, but it was most important that Terah, Flame, Raine, and Skye understood it. She’d named them when they were born, and she was the only one who understood the meaning in the names she’d given these girls. The future of Earth depended on them, but they didn’t know it yet.
She drew the four little girls to her and said, “When my grandmother’s grandmother was a little girl just like you, there was a place called North Korea. The leader there hated South Korea and America. He knew if he attacked America he wouldn’t be able to defeat them, but South Korea wasn’t as big and strong so he had his soldiers fire nuclear rockets and weapons filled with diseases at South Korea. Other countries who disagreed with their neighbors took the opportunity to start fights as well. The Islamic State in particular sent suicide fighters to many countries to cause unrest while their soldiers expanded their borders.”
She looked at the children seated at her feet. Flame with her bright red hair, Skye with her white-blonde hair neatly braided, Raine with her enormous blue eyes, and Terah their leader. All were listening to her intently.
Old Anny continued her story. “Within a few years many countries were fighting, some in major wars, others just annoying their neighbors, trying to get back at them over long-held grievances. But the bacteria and diseases began to spread rapidly in the unrest. Nations were too busy fighting to deliver good healthcare fast enough to stop pandemics from developing so many people died. Entire villages became empty. Warriors came from a distant planet and stole some of our women away to be their slaves. Some went willingly as conditions were so bad in their countries. Our people were smart enough to hide and remain safe. Once in every generation the aliens return for more slaves. They will come in your generation, too, but we will be prepared and hide where we can’t be found because we have always survived.”
Old Anny shifted on her blanket, reality returning to her mind. The girls were no longer small children. It was time for them to leave. 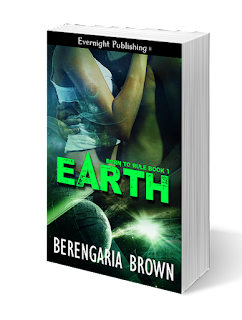 Book 1, "Born to Rule: Earth" released on 6 October.
Earth: Every twenty years a small group of warriors from Mu Arae 7 come to Earth to find their brides. Andreas captures Terah on the hill near where his spaceship lands and knows he has obtained his bride. He claims her immediately because he knows she’s the only woman for him.
Terah's running from trouble when she’s captured to be an alien’s slave. There’s nothing she can do to escape...but would she even want to? 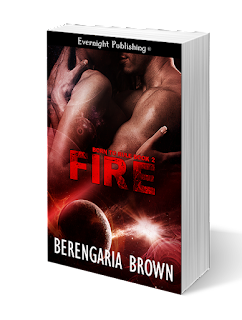 And don't forget to pick up your copy of "Naughty Reunions" if you don't have it yet.
http://www.amazon.com/dp/B0154ZXU5W 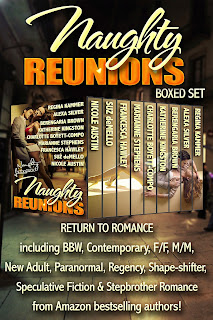 Posted by Berengaria Brown at 12:23 AM