Romancing the Throne, or, The History of a Parthian Love Story by Regina Kammer

Naughty Getaways: Eleven Sultry Stories is out! And it includes my ancient world romance, “An Unexpected Discovery” set in Parthia, the kingdom to the east of the Roman Empire. My heroine, Roedogune, is based on an actual historic figure, a Parthian princess who, along with the Parthian imperial throne, was captured by the Romans during their invasion of Ctesiphon, the capital of the Parthian Empire.

The Parthian Empire was one of the great empires of the ancient world. It is also known as the Arsacid Empire—named for the dynasty founded by Arsaces—and lasted from about 250 BCE to about 226 CE.

The Parthians are the ancestors of the Persians (modern Iranians). At the height of their rule, the Parthian Empire stretched from modern Afghanistan in the east to modern Turkey in the west, from the Caspian Sea in the north to the Persian Gulf in the south. The Empire sat at the crossroads of the Silk Road, the trade route from China to the Mediterranean.

I’ve set my story “An Unexpected Discovery” in the palace at Ctesiphon, one of the capitals of the Parthian Empire where kings were crowned and where sat the famed golden throne of the Parthian kings, the sella regia.

In early 116 CE, Ctesiphon was captured by the Roman emperor Trajan (reigned 98-117 CE). Trajan was driven by a desire to expand the boundaries of the Roman Empire (a policy that was ended by his successor Hadrian who, instead, sought to secure the borders, hence Hadrian's Wall). Parthia sat in Trajan’s way in the east. By the time of Roman incursions, Parthian rule had splintered somewhat. King Osroes (or Chosroes) was the ruler in Ctesiphon when Trajan and his legions marched into the capital.


The Heroine & The Throne

In 116, the Roman army took two very important hostages to ensure Parthian allegiance: Osroes’ daughter and the sella regia, the Parthian imperial throne. The Parthian princess was held captive in Rome for about twelve years, released under the reign of Hadrian. There is not much known about this princess. Marguerite Yourcenar, in her novel Mémoires d'Hadrien (Memoirs of Hadrian) suggests the daughter was a small child. For my novel, Hadrian and Sabina: A Love Story, I imagined the Parthian princess to be a bit older, age twelve, and something of a charismatic and confident character.

And I gave her a name: Roedogune (meaning bright red or vermilion).

Roedogune is a minor character in Hadrian and Sabina. In that novel, she searches for the stolen sella regia, forming a network of spies to aid her during her twelve-year long captivity in Rome. The story of “An Unexpected Discovery” begins in 130 CE. Roegodune has returned to Parthia where she continues her search for the throne with the help of our hero, Arashis.

The most notable aspect of Arashis, my hero in “An Unexpected Discovery”, is that he is beardless. The men of Parthia sported beards, pointy beards, along with vigorous moustaches.

Beardlessness was indicative of only one thing in a Parthian fully grown man: the man was a eunuch. (See the research here about the depiction of a eunuch in the later Sasanian Empire [pdf link].) Eunuchs had served in the palaces of the Near East for centuries and were depicted as beardless yet still manly.

From her cloistered existence in the palace of Ctesiphon, Roedogune engages Arashis to help her in the search for the sella regia. Sparks fly and sexiness ensues.

To celebrate my new release, I’ve put my ancient world mini-anthology Imperial Warriors: Two Scorching Tales of the Roman Empire on sale for only 99¢!
I’ve added the opening scene of “An Unexpected Discovery” to the end of Imperial Warriors. The collection includes a story set in Trajanic Rome and Byzantine Constantinople, plus the opening scenes to Hadrian and Sabina: A Love Story.
Grab it here: 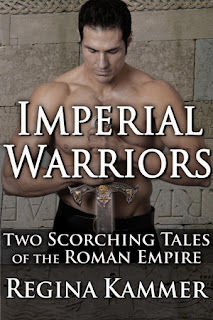 “An Unexpected Discovery” is in the Naughty Literati anthology Naughty Getaways: Eleven Sultry Stories and is now available on the following retailers: 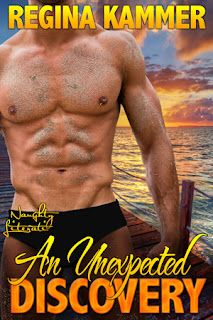