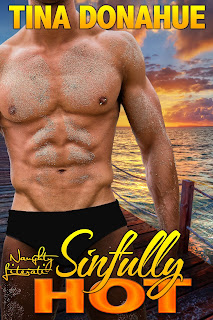 Blurb:
A hotter-than-sin reaper. A badass demon. Hell doesn’t get steamier than this.


The nightclub door swung open on its own, like an invitation from Hell.

Accepting the lure, Jewel slipped inside. She had little choice given Satan’s increasingly unrealistic expectations. The dude was worse than a Wall Street shareholder.

Corruption hung thick in the club air, the atmosphere dark and steamy, identical to the summer night. Past the narrow entrance hall, millennials had crammed around the bar or were dancing wildly, their sweaty bodies bathed in flickering orange spotlights that resembled flames. Beast and the Harlot pumped from speakers, the metal beat loud enough to make a mortal’s ears bleed and Jewel’s molars rattle.

A nice hunting ground for depraved souls. Their oily stench drew her closer.

A guy appeared at the end of the hall, a breath away from her. She stopped abruptly and stepped back. He propped his broad shoulders against one wall and slammed his foot into the other, barring her entry.

She shouted above the music, “Excuse me.”

He stayed where he was.

A black sleeveless tee hugged his powerful chest. Faded jeans strained against his beefy thighs. His biker boots were easily a size thirteen. Every woman knew what large feet and hands meant on a man. Jewel inched nearer, catching his musky fragrance.

She ignored her arousal in favor of the work she had to do, and raised her voice further. “Do you mind? You’re in my way.”

The world stilled. To say he was a hunk didn’t do him justice. He was simply beautiful. His looks belonged to a fallen angel: lushly lashed black eyes, dark hair worn shaggy, an olive complexion, bristly cheeks, upper lip, and chin. Possibly early thirties, he was a god produced by testosterone and good genes.

She liked the tiny gold hoop in his left lobe and the sin in his gaze. Time to pump up the seduction and get to work on this bad boy. His male allure currently hid his true nature and the odor of his soul, not that it mattered. Selling him on an eternity in Hell would be fun. Maybe they’d run into each other again someday and screw themselves raw. “I’m sorry for shouting, but you didn’t hear me before.”

His voice rumbled deeper than the thundering bass, mischief coloring his comment.

Her pussy creamed. “Well hi, then.”

Unsteady, she poured on the charm. “Great crowd tonight.”

Aw, was that a compliment? This was going to be easier than she’d thought and unbelievably hot. “What say we dance? Unless you’d like to grab a table first.”

One couple had already reached third base at theirs, the young woman’s features tight from her impending orgasm.

“Sorry.” He dragged his gaze over Jewel, his manner confident and arousing. “As much as I’m tempted—and believe me, I am—I can’t let you inside.”

Her smile felt awkward. Wasn’t often she met resistance unless the victim was hyper righteous. This guy certainly wasn’t slated for sainthood unless it was in a women’s poll for male strippers.

Determined to have his carnal attention for the night and his soul from that point forward, Jewel cupped his bulge. Hot. Hard. Amazing. Her legs went watery. “What do you mean, can’t?” She ran her thumbnail over the denim and savored his meaty balls. “Better let me in there or I might hurt you.”

He lifted his face to the ceiling. His prominent Adam’s apple bobbed. “Do your worst. But it’ll have to be something nastier than fondling my nuts.”

As if. Touching him was simply too sweet. The short, dark hairs on his throat were so luscious she struggled not to lick him. “Oh yeah? Like this?”

She stroked his rod. The thing blossomed even more beneath her loving touch.

No way would she complain. “Looks like you’ve changed your mind.”

“Nope.” He brushed his thumb over her knuckles. “I never have, nor will I ever allow demons to harvest souls in my place.”

Surprise jolted her. Although he radiated a mortal’s heat, now an odorless chill emanated from him. What one would encounter in deep space where existence began. The tat on his right biceps wasn’t what she’d first thought. It had appeared as nothing more than a 3D star design seemingly carved into his flesh, the artist using bright-blue and vivid-yellow ink to fill the interior, creating a fake universe. Those colors weren’t stationary any longer. They swirled, the same as celestial gasses. Within that activity, countless faces rose, mouths opened, everyone bitching about leaving Earth before their time.

That wasn’t possible. He wasn’t homely, skeletal, and dressed like a mortician. Of course, he wasn’t a bouncer either, as she’d assumed. The Last Stop nightclub was his, which meant one thing. He was the badass who’d caused her percentages to go down. “You’re Zekiel?”

“Yes ma’am.” He smiled widely, carving a dimple in his right cheek.

She wanted to jump him and beg him to do her, then smack him for that “ma’am.” She wasn’t old. “Let go of me.”

She cradled his balls. He caressed her wrist. A Mexican standoff.
Posted by Nicole Austin at 12:00 AM