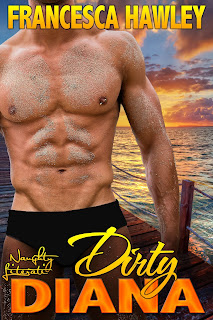 It’s Amateur Night at Gunnar Thorson’s strip club and Diana Rav intends to rock his world. She’s lush and sensual with generous curves she’s not afraid to move. Not anymore. She’s learned to love her body and is out to win Gunnar back with a sexy lap dance.

“Ladies and Gentlemen, please welcome our next contestant this evening. This sexy lady runs a dance studio here in the cities, so she can teach you to dance hot enough to melt snow in January. Please welcome Miss Diana DeFox!”

The lights dropped to nothing as the guitar downbeat of Dirty Diana rang out. Gunnar Thorson groaned and rolled his eyes at his cousins, fellow judges, and club co-owners Andy, Livvy and Stig Larson. This was the third rendition of Dirty Diana so far tonight. He just prayed this dancer fared better than the first two.

Livvy leaned close. “I know this one. She’s good.”

“It can’t be worse than the others,” Gun said.

“Are you sure?” Andy asked. Stig just laughed.

So, would she be dressed like MJ or the groupie, he wondered, as he debated cutting these amateur nights once again. The problem was they always drew a crowd. Whether it was the students just barely of age, the capable dancers or the awkward first timers, they always brought their own cheering section and the way the room erupted, this one had brought her fans in plenty. At least fans drank well.

A spot dropped on her and he smiled. She faced away from the crowd but her head was turned to the side with just a hint of her profile visible. She had the fedora and the sparkly glove, but that’s where the imitation of MJ ended. The rest of her costume was pure Mae West. The white glove extended up her arm and her black silky gown skimmed and hugged her abundant curves with a sweet slit up one side. She wore strappy black stilettos and moved with a confidence that set him on fire. Ladies without any confidence in their beauty made him sad, mad, and tired, all at once.

Her arms raised. Her body shimmied. She took her time to entice. When she reached behind her back and removed the glove, his breath quickened. He could imagine holding her hands in place while he removed the gown himself. When she threw the glove and spun, he expected to see her face, but she kept it hidden. All the more intriguing. She leaned against the first pole, hugging it and knelt, then as she stood, she rocked her hips against the pole. She made it sexy, not vulgar. Totally old school. She flipped around and slid down the pole, snapped her thighs apart, closed and then rose.

Teasing. Hinting. Still he couldn’t see her face and her hair was tucked up under that hat. He was starting to hate the damn hat. He wanted to become Master Thor and climb onto the stage and take her for himself. There was only one other woman in his life he’d ever felt that way about—Diana Räv. But this could not be the same woman. His Diana had never strutted in her life. She was ashamed of her curves. Thought she was fat and ugly. Never knew why he chose to date her because he was so pretty and she thought she wasn’t. The capper was that she would only make love with the lights off. He was a visual guy and liked to watch. This could not be his Diana.

But he wished it was. He watched her grip the pole with confidence and fly around it with grace. Her weight didn’t matter. To him it increased the sex appeal. Full breasts and big butts were his wheelhouse and she had ’em.

Livvy leaned close. “You look like you’re going to go grab her and carry her off stage,” she teased.

He glanced at her, barely, before turning his attention back to the stage. She let out a low whistle. “Well, I hope she knows what she’s about.”

Livvy shrugged then chuckled, returning her gaze to the stage to watch the rest of the performance, which was stellar. He’d hire Diana DeFox to dance here in a heartbeat but he had a strict no interaction policy with his dancers. Damn. He wanted to interact with her. Often. Therefore, he wouldn’t be hiring Miss DoubleD.

The rest of the dance played out with her flying around the pole. Finally, she strode forward and slid down the zipper on the side of her dress. She held it closed. Teasing the audience as she danced until they begged her to drop the gown. When she did, the reveal was worth the wait. Pale skin, pasties covering large areolas, rounded belly, ample thighs and when she turned, his cock popped to attention. Now that was an ass! Heart shaped and spankable. He couldn’t prevent himself from whistling. His cousins nudged him because judges were supposed to appear impartial. He was not impartial. No fucking way.

He wanted that. Right the fuck now. Instead, he clapped with the crowd as she finished and he cursed the damn hat. It hadn’t fallen off. She hadn’t taken it off. Nothing. He’d expected a reveal, but she knew what she was doing. Hiding her face tantalized the crowd. It sure worked with him.
Posted by Nicole Austin at 12:00 AM