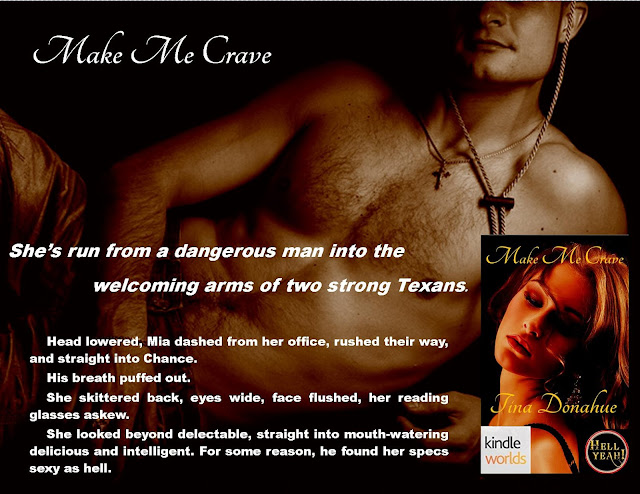 Tonight’s auction played out on the ballroom stage, the submissive properly naked and shackled, her gaze lowered. Spotlights stole whatever privacy she might have had. The hooded Dom wore his black leather well and stood to her side in the shadows. Some might say he exuded quiet authority. Many would insist he showed impending menace.
A smile tugged at the sub’s pouty mouth. She and the other guests understood this was only a carnal game meant to seduce, thrill, and delight.
Mia Strand made damn certain no one crossed any line during their stay. Intimate Cravings, her private club and resort, offered whatever a consenting adult would covet—BDSM, voyeurism, sexual fantasies, and more. Better yet, the ranch proved a short drive from Austin, a liberal enclave in an otherwise staid and uptight Texas.
Cowboys, cowgirls, bikers, and businesspeople mingled more easily here than they would in normal society. This evening, some guzzled beers. Others sipped fine wine or threw back tequila and various hard liquors. Numerous private rooms awaited those who preferred to play behind closed doors. The eighty-acre land boasted additional seductive pleasures outside.
Despite this evening’s revelry, Mia rolled her shoulders and tried to relax, to reason away her disquiet. Her decision to buy this ranch as her escape and hideout from New York had proved sound. Money flooded in faster than she would have expected. Most importantly, no one in her past could possibly find her in Texas of all places.
Everything was perfect.
Almost…
Chance Thorpe and Riley Baker skirted the building crowd.
Mia’s stomach fluttered with outrageous longing. A reaction she couldn’t seem to stop since she’d hired them to run her security team.
Both men were in their early thirties, six-three or more, and a zillion percent male—the rugged outdoor kind, nothing citified or prissy. Snug black tees hugged their broad shoulders and sculpted abs, black jeans their powerful thighs. They strode with a panther’s grace and quietly accessed the surroundings.
The auction commenced. Patrons in office attire, Western finery, and biker wear shouted their bids, the men far more generous than the women.
Patsy Cline’s Crazy poured from the sound system.
Mia understood how poor Patsy felt. Love sucked when it died or got dangerous. She’d fled Kipp and their so-called relationship before things grew too scary. Hooking up with a guy wasn’t on her dance card any longer. Indulging in two lovers was downright insane, no matter their allure.
Chance’s tat peeked from beneath his left sleeve. The design sported bold and brutal swirls, totally masculine, same as his bruising biceps and shoulder-length black hair. He’d tied his mane back with a leather cord, like a modern-day pirate.
Her mouth went dry.
Riley’s dark stubble was a delightful contradiction to his thick blond hair, cut short on the sides and back but long enough on top to dangle over his forehead. Those locks begged for a woman to ease them back. Chance’s hair urged a female to set it free.
No way would she go there with either man. She squeezed her fists tight enough to hurt. 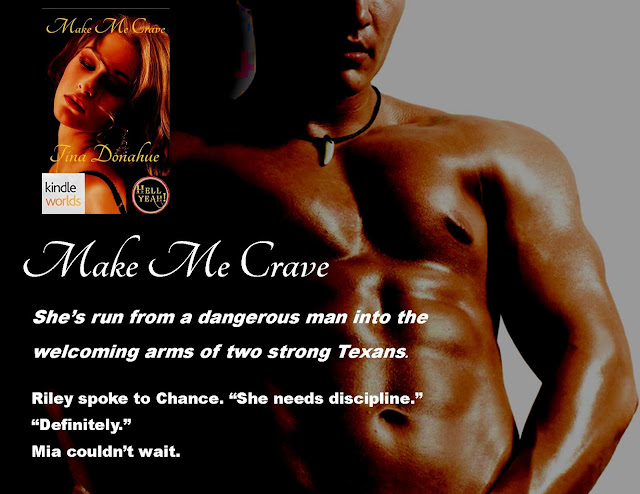