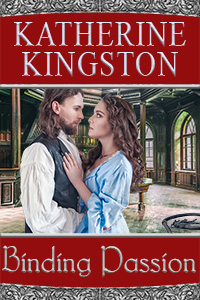 In college I was fascinated by the Medieval period, so even though History wasn’t my major I took several courses about those times. And I’ve continued to read and study the period. I have an entire shelf of books on the period, focused particularly on the high middle ages, the twelfth, thirteenth, and fourteenth centuries, in England.

Because my son lives in England, I’ve had a number of opportunities to visit there. One of favorite things to do is tour castle ruins, restored castles, and museums attached or related to them. Most of them spend plenty of time relating the battles and sieges the castle or its residents took part in, the strategic importance of the place, and how it was defended.

But I find myself more interested in the small details of daily life. What people ate and drank, how the food and beverages were prepared, what they wore and how the fabric was made, the entertainment, stories, festivities, and how they spent most of their time are the things I try to learn from each visit.

One of the most fun bits of research I did for Binding Passion was to learn about Christmas festivities in the fourteenth century. That required extensive dips into books and searching through websites for the details to bring those alive. What I found was fascinating because the celebrations of the time were so different from today.

No Christmas trees, greeting cards, Santa Claus and reindeer, or striped candy canes permeated the Medieval Christmas celebration. And Christmas Day was just the beginning of the twelve days of celebrations back then. (Yes, that song has its origins in the celebrations of the Middle Ages.) Unlike today when it sometimes seems like it builds up to December 25th and is all over on the 26th.

Christmas was more rooted in religious rituals in fourteenth-century England. Most towns were built around a church and religion played a central part in the lives of the people of the times. It wasn’t something they did; it was who they were. Christmas was still a fundamentally religious celebration of Christ’s birth and the beginning of salvation. Celebration was in order, but that often meant activities meant educate and remind people of Biblical stories and songs and verses memorializing the events of the Savior’s birth.

But some things we have in common with them. Special foods were a particular treat during the Christmas season. Sweets, uncommon during much of the year other than the natural ones in fruits, were more widely consumed. And drinking alcoholic beverages formed a very large part of the festivities. Charity toward the less fortunate was encouraged particularly during the dark days of mid-winter. Music, dancing, plays, and gatherings of friends and families helped brighten the days and nights. Deeply religious they might have been, but they still loved a good party!
Posted by Kate Kingston at 2:00 AM