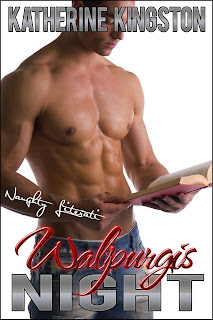 Blurb:
The Viking who captures Fianna demands she heal his brother of a grievous wound. He didn’t ask for her heart as well, but he steals it anyway.
*This previously published title has been revised and reedited.*

Excerpt:
Flames roared up toward the dark sky as the townspeople tossed bits of wood onto the burning heap. Lit by its radiance, the façades of buildings became collages of bright patches riven by shafts of deep shadow. The town itself melded into a patchwork of bright and dark, the contrasts starker and more mysterious when lit by the blaze rather than daylight. People gathered around the fire, passing wineskins and pastries. Musicians played a lively tune and a few hearty souls danced. The bonfire celebrated the equinox, the change of seasons when light overtook darkness for possession of the day.

Fianna huddled in the darkest shadow she could find, wishing she could disappear completely. Not far from where she stood, her friends and acquaintances ate, drank, laughed, danced, flirted, kissed, whispered to each other, and occasionally went off in pairs, giggling and stroking each other. Part of her envied them their simple happiness.

Of a sudden, some of the merriment died away and the crowd quieted as they looked down the road. She leaned out to see what caused their unease, and then stared in surprise herself. Three men approached the town square. They were tall, young, fair, clad in leather and linen, and wearing swords at their sides. Norsemen.

As they drew close enough for the fire to illuminate their faces, she recognized the man in the center. Henrik’s father was the leader of the band that had settled not far from the town. Though everyone had flown into a panic at their arrival, it had settled again quickly when the group made no demands on the town or the people save that they’d claimed a portion of land for grazing their animals and planting their crops.

The town still kept an uneasy eye on the Norse settlement, but so far relations had been occasional but peaceful. A few Norse stragglers had visited before, and some remained, becoming part of the community, but this was the first time a group had arrived together and appeared ready to stay.

Like everyone else gathered there, Fianna wondered what drew the newcomers to the celebration. Though the Norsemen rarely showed much emotion, their current demeanor didn’t suggest they were looking for either battle or business. Perhaps simple curiosity had brought them.

Despite their stern expressions, they were a handsome group of young men. All were strong, well-muscled, and carried themselves with confidence and pride. Henrik walked in the middle, the obvious leader of the trio. He was taller than the others, and his hair glowed like molten gold where the firelight played on it.

In her fascination with the visitors, she took a step away from the concealing shadows, and thus betrayed herself to the view of another group of young men who’d been watching and searching for her.

Her heart contracted and fell in on itself when she heard Artur yell, “There she is. The witch. This night she’ll have to take one of us.”