I Met My Cover Model by Regina Kammer

In July, I went to San Diego for the annual conference of the Romance Writers of America. I attended sessions on the craft of writing, the business of promotion, and opportunities in publishing. I hung out with friends at the pool bar, watched a 19th-century fashion show, and attended the Hamilton sing-a-long.

I also watched a faux cover model shoot. With the guy who's been on three of my covers:


His name is Julian Christian. I had suspected he might be the model in attendance since the session presenters were Kim Killion and Jennifer Jakes of The Killion Group, Inc. -- the company which supplied all of the photos in the above covers (and created the cover for The General's Wife). Plus I happen to know Julian is San Diego-based.

I got to the conference room early, wanting to get a seat in the front. The room slowly filled with tittering, excited authors. And then the presenters arrived. With Julian: 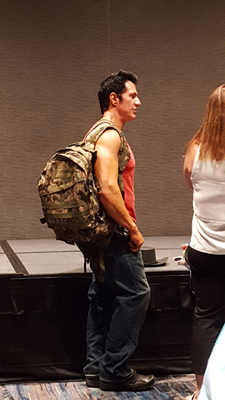 He got up on the stage to begin the mock photo shoot: 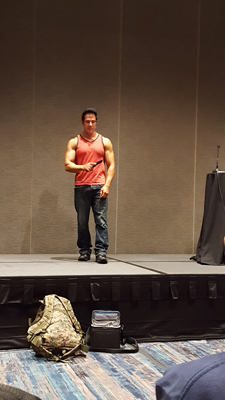 Then he took his shirt off: 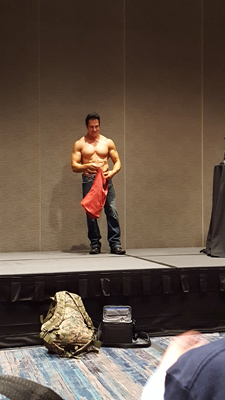 And when Julian took his shirt off, there was swooning, gasps, and sighs. 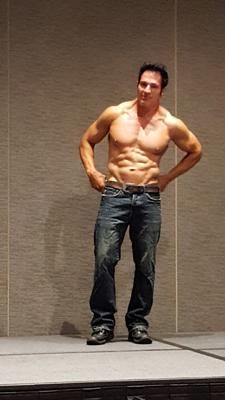 He posed as he would during a real cover shoot: Brooding, 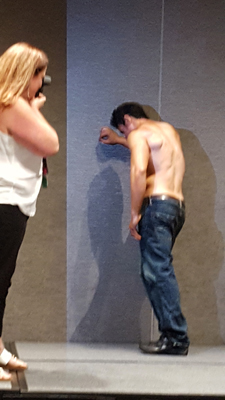 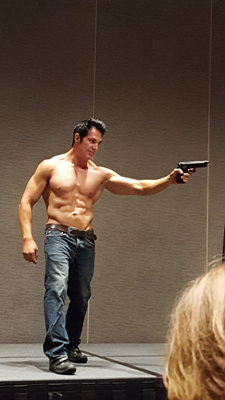 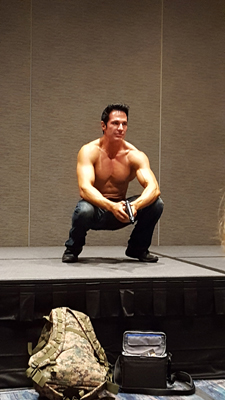 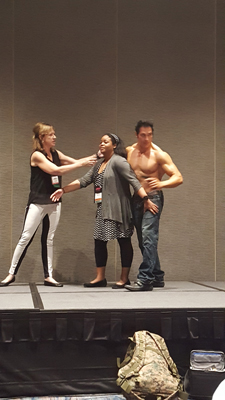 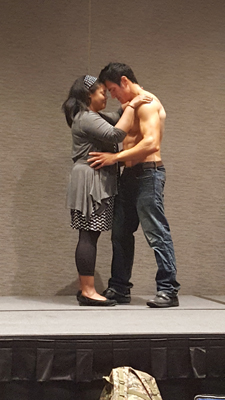 Another willing participant was sought from the audience for a historical or Amish romance cover. The volunteer author donned historical garb. Julian put a shirt on and played the dashing hero: 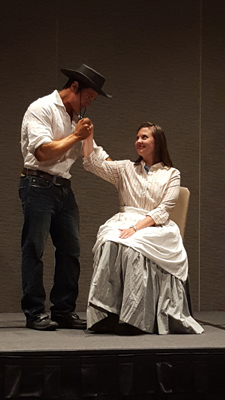 Then there was a costume change: 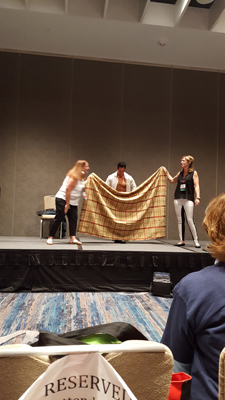 for a Scottish historical cover: 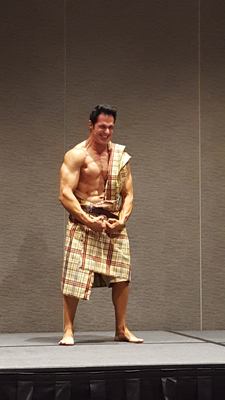 Another volunteer got to participate in a rather intimate historical pose: 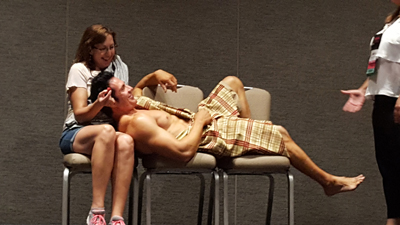 After all the posing and the question and answer session, the authors lined up to get their pictures taken with Julian. Of course, I had to get mine taken 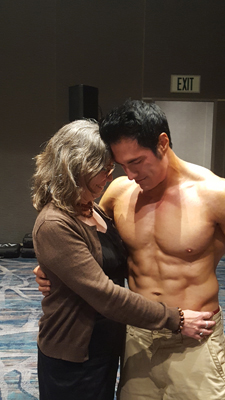 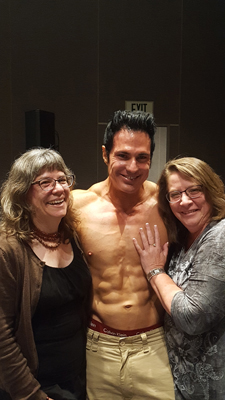 I mean, we all just posed together!

It was fun, and Julian was a good sport with all the fawning, swooning female authors. He's super nice. I'm really glad I got the chance to meet the man on my covers!

p.s. if anyone knows who any of the author volunteers were, please let me know in the comments!