Hadrian and Sabina: A Love Story is free for a limited time!

My Imperial Roman historical erotica epic, Hadrian and Sabina: A Love Story, is free on Amazon for five days only: May 3, 4, 5, 6, and 7!

Hadrian and Sabina is pretty intense historical erotica – heavy on the history and the sex. There are definitely romantic elements, though. In fact there are four different love stories involving five different people (so, yeah, some crossover there with the pairings). And there is a nod to the paranormal with brief appearances by gods and goddesses.

There are plenty of real-life historical personages in the story. First and foremost, of course, is the Roman emperor Hadrian (born 76 CE, reigned 117-138 CE), plus his wife Sabina and her family, Hadrian’s beloved youth Antinous, the emperor Trajan, the librarian and biographer Suetonius, etc., etc. Let’s just say if you love multi-character historical epics with lots of sex, you’ll love this book!

I now have a newsletter of my very own! Sign up for Kammerotica News and you’ll get an exclusive Victorian erotica freebie!

Of course if you want to keep up with the Naughty Literati, sign up for Naughty News! 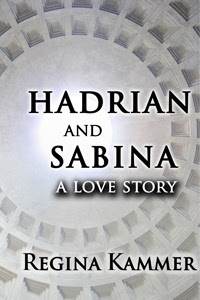