The 10th was "Trust Your Intuition Day". I'm not sure I always trust mine...how about you?


Intuition: "The immediate knowing of something without the conscious use of reasoning." Now, that's what my big print, Webster's Dictionary says. (Yes, I like the big print!). This means you know something happened, will happen, is happening minus the thinking process to figure out the when/why/how/who/what.

It's said that women have intuition. Do we...really? A mother might say something like, "I knew he was no good for you." Was that intuition...or based on the fact that she heard him sweet-talking on his cell phone while her daughter went into the kitchen? Or, while watching a movie, someone will blurt out, "The butler did it." Are they guessing? Basing that answer on other movies they've seen or books they've read?

I guess the key word is immediate. No thoughts about a subject. Just a brief "flash" in your head about someone/something.

So...is it intuition, Extrasensory Perception,  or simply a matter of experience-based logic?

I wrote one book about a psychic who uses her special gift, ESP, to match couples at her dating service. ("Second Sight Dating" by Marianne Stephens) No intuition or experience-based logic was used in her process. She simply "saw" numbers and letters of clients in her head and matched them. She couldn't possibly remember what each wrote on their client forms, and match them that way. Her matching process had no scientific, fact-based routine involved at all. She had to close her eyes, concentrate on a letter, and wait for a number to appear in her head (or the other way around).

"Trust Your Intuition Day" gives the appearance of you going about your daily routine, and believing anything that pops into your head as being the truth. So, if you're at work and suddenly think "the phone will ring"...and it does...maybe it's your intuition at work. Or...maybe deep down inside you realize you're so busy that life would throw you a curve ball by having that damn phone ring just to bother you! 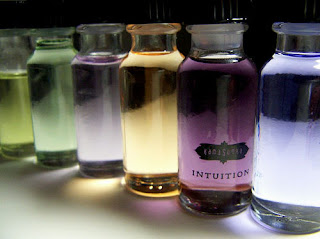 My very first encounter with what I labeled intuition happened the day President Kennedy was shot. (Yes, I'm that old). I wasn't "into" politics at that time...just trying to get through the angst of high school. I remember having breakfast and suddenly blurting out to my mother, "I think President Kennedy will be shot in an open car."

Yes...I'd seen news reports of him visiting cities and riding in open cars. But I had no idea where he was that day. An overpowering feeling of dread made me say what popped into my head. My mother assured me I was wrong and I was NOT to even think that might happen.

So, I went to school, he got shot, and I freaked out. Even went to church because I somehow felt like my intuition had told me that would happen and I should have warned him. As if anyone would have listened to the ramblings of a teenager!

Another time, I was in a car, going to a bridal shower with relatives. I knew my father was working late. Suddenly, the thought of him being in danger with a fire popped into my head. I said nothing, but called my mother once we got to the shower. Sure enough, my father had been working on a ship, a fire had broken out, and he had helped get some workers out of danger.

Again, I was a teenager and knew he worked on ships...but where had the danger and fire come from? ESP or my intuition kicking in?

I wish my intuition had helped me other times...like when I dated two brothers (not at the same time), got dumped by both, felt awful...and then found out both were gay. Then again, after  dancing and talking to my husband the night we first met, the thought that popped into my head was, "This is someone I can take home to meet my mother." Was that my intuition kicking in?
Any tales of intuition lurking in your past? Share your stories with us!