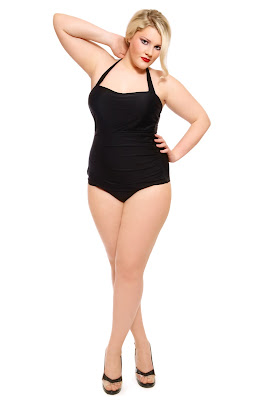 I write plus-size heroines. Always have. Always will. That's what my tag line, "Romance with Dangerous Curves" actually means to me. It means a Francesca Hawley heroine is a big girl. A girl with curves.

In modern parlance, plus-size seems to mean anyone who isn't a size 0-2 or 4. By modern standards, Marilyn Monroe is plus size. That just seems whacked out to me. Marilyn was a round, healthy girl. But times have changed, and not always for the better.

The modeling world classifies models who are size 12 and above to be full figure models. That's nuts. But considering that the modeling industry worships a size 0, so I suppose I shouldn't expect anything different . Sad but true.

My view is that any woman size 16 and over regardless of how the weight was distributed is a woman with "dangerous curves" and she might be one of my heroines. 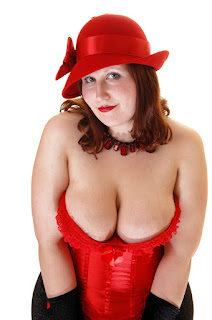 Tall or short - it doesn't matter. They are size 16 (US) or above. Women deserve love regardless of size and we aren't just a number...we're people. With hearts and minds and souls who yearn for happiness and partnership.

Beauty comes in all sizes. Love comes in all sizes. And I just want to write about women who look like me who get their happily ever after with the partner of their dreams. I also like to write about heroes who love those curves. Men who like big butts. Full breasts. Who dig a woman's jiggly bits. Who see dangerous curves and want to explore every inch of them...more than once.

In my latest romance for Naughty Escapes, Allyson Rayburn is a voluptuous heroine and Ross Morgan loves every inch of her sexy curves.

Shake it Up! ~ Francesca Hawley
After a mild quake in San Francisco, Allyson Rayburn gets stuck in the same elevator as Ross Morgan, the Dom who’d been at the other end of a flogger at a private club the night before. Her day just got interesting.

Here's a sample for your reading pleasure...

Excerpt from Shake It Up by Francesca Hawley

“Hold that elevator, please!” Allyson Rayburn rushed in as a strong tanned male hand held the doors open for her. “Thanks so much!”
Leaning against the back of the elevator, she smiled at the man who shared the space with her and almost swallowed her tongue. She felt heat rise to her face as she met his discerning green eyes. His gaze slid down to her feet and back up, then his lips curved. Oh, god, she wanted to crawl under a rock.
Last night, she’d had her first flogging at Erotically Bound, a private BDSM club here in San Francisco. The hand at the other end of the flogger had been his. It had been an amazing, sensual experience that had nearly had her crying out with an orgasm. She’d been so close, but she’d been too self-conscious to relax and let it happen.
The club visit was research for her latest book and she’d agreed to participate because Vicki knew the guy and said he was a sensual Dom who wasn’t really into rough S&M play. Ally had fun but she’d never expected to see him again. Not in a million years.
“Well, well, well. If it isn’t Miss Newbie.”
Her face heated more, but she forced a smile. “It’s nice to see you again.”
“Bull.” He laughed. “You couldn’t be more mortified.”
“You’re assuming…”
“Am I wrong?”
He wasn’t, damn it. She was embarrassed. He’d known how close she was to coming when she called a halt. Even now, her nipples pulled into tight little points and her clit throbbed just thinking about it. About him. Her gaze dropped from his.
“I didn’t think I was,” he said.
She prayed this damn elevator would move faster so she could escape. Experiencing a bit of BDSM play was fine because she wanted her story to have some authenticity, but the closeness she’d felt with him last night had jolted her. She’d been in long-term relationships that hadn’t reached that level of intimacy.
“You don’t have to sound so damn smug,” she grumbled.
“Smugness has nothing to do with it.”
“Then what does it have to do with?” She threw back her head, glaring at him.
“Knowing.”
The curve of his lips and the light in his eyes intrigued her, forcing her to remember the stroke of his fingertips on her bare heated back after he’d flogged her.
“Knowing what?”
“That the touch of the leather thongs aroused you. I know it and you’re fearful because I get you.”
“You’re wrong.” She shrugged, pretending unconcern as the elevator made its slow way up inside the building. She looked up at the indicator above the doors. Hurry up. Hurry up!
“No, I’m not,” he argued.
“You’re also arrogant.”
He chuckled. “I’ll own that one, but I wouldn’t call it arrogance. I’d call it confidence.”
“Whatever you may think, no one likes having someone know them too well.”
“Now, you’re wrong.”
She turned to him, ready to confront him when the shaking began. At first gently, but then there was almost a rocking to it. She lost her footing and landed in the corner of the elevator with a shriek. She screamed again when something fell from the ceiling and hit her shoulder before bouncing to the floor. She curled into a ball, covering her head to wait out the quake. The Dom sheltered her body protectively with his own, which made her feel safe. After what seemed like hours but was really less than a minute, the quaking stopped. The abrupt cessation of movement startled her. She remained still, waiting for it to start again.
“Are you all right?” he asked, patting her down.
“Yes.” She nodded, lifting her head to meet his gaze. He was so close they could almost kiss. “Are you?”
“Yeah, I’m fine.”
He sighed, leaning in, but then he shook his head slightly as if telling himself no, before he stood up and pressed the elevator button. Nothing happened. “Shit. I bet the damn elevator is stuck. It doesn’t work very well on a normal day, but after an earthquake it’ll be worse.”
“Do you come to this building often?” Maybe she was worried for nothing. Maybe he and Vicki had a thing.
“Your friend, Mistress Vicki, is my realtor. I just bought some property I plan to develop. I was headed up to sign the paperwork.”
“Oh.”
He glanced at her and she saw a smile return to his mouth, crinkles setting into the skin at the corner of his lips and eyes. He was so incredibly good looking. Not pretty. Masculine. A wild masculine beauty that translated to straight brows, a square jaw, full lips and a hard body. He was her fantasy embodied, right down to the brown hair and green eyes.
What was wrong with her? She’d just experienced her first San Francisco earthquake, but instead of worrying about the elevator car plummeting to the bottom of the shaft, she was focused on this delicious Dom.

Posted by Francesca Hawley at 3:30 AM