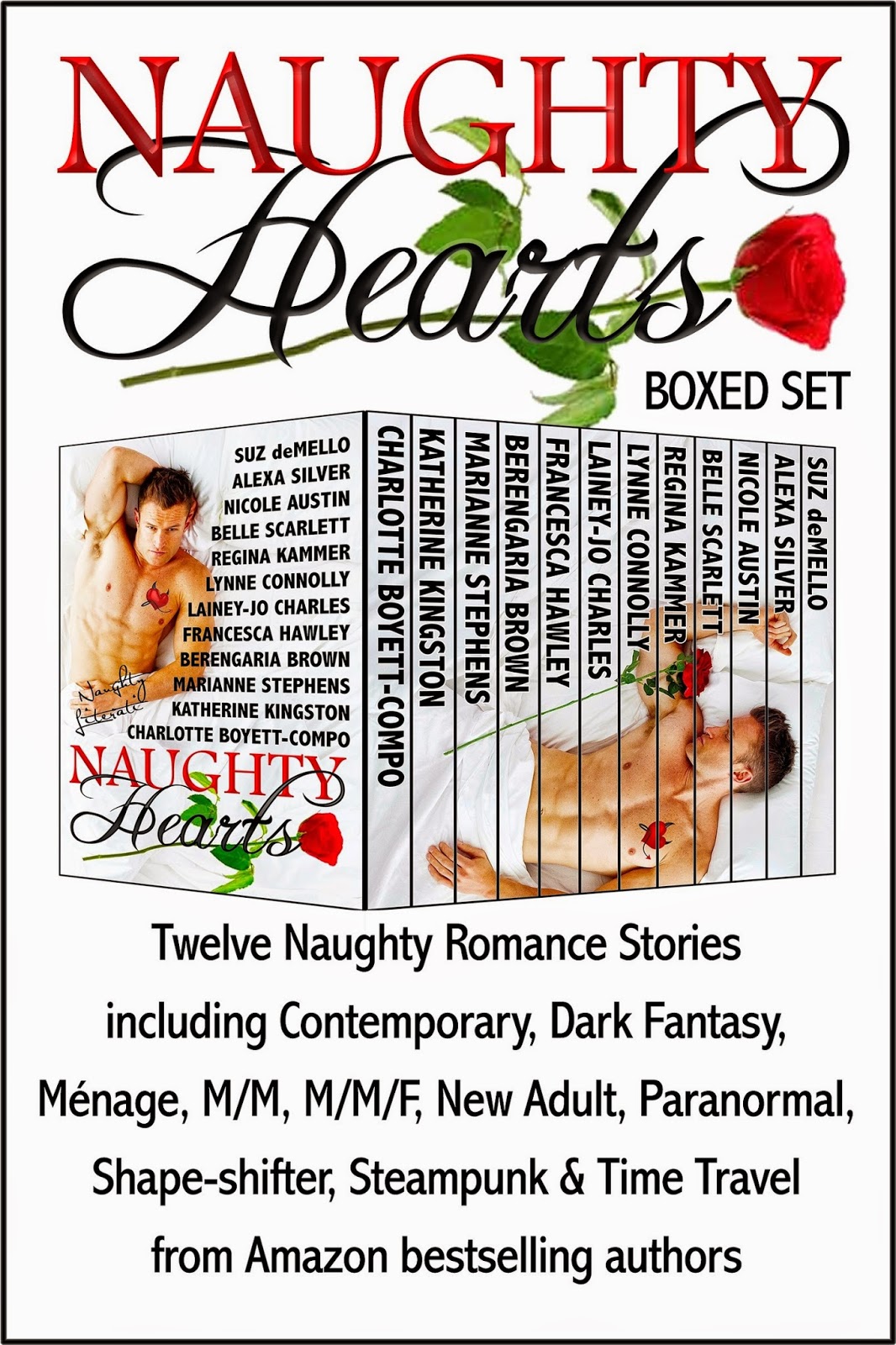 I think this is true for most writers but it’s especially true for me. I know many writers who can’t abide lyrics when they’re writing because it distracts them. For me, songs with lyrics help me to reinforce my own words and the feelings behind them. I love to listen to great songs and genre doesn’t matter. Love songs grab your heart whether they twang, strum or anything else.

Let me give you an example, I’ve been writing about shapeshifters since I started out and most of my stories have featured couples who are new to each other. But I wondered what would happen with a couple who’d shared a long relationship. Would things stay happy or could True Mates, my version of fated soulmates among my shapeshifters, drift apart.

After considering for a while, I realized that yes, a True Mate relationship could get strained and just like any other relationship if a couple didn’t nurture it, the relationship could falter. But with True Mates, there’s no divorce option because once you’re together, you’re mated for life. Unlike a human couple, the danger of cheating or splitting up isn’t in the cards.

To make this story work, my couple, Nathaniel (Nat) and Jessica (Jess) Whitewolf have allowed their relationship to grow stale, but with help from their kids and some work together, they get the opportunity to rediscover each other.

Nat is a dedicated doctor and Jess is involved in her landscaping business and active in the community. They’d lost touch with one another. My shapeshifters can communicate mind to mind and Nat and Jess have almost forgotten how.

So here are a few tunes on my playlist for Buy Me a Rose.

Of course the biggest influence was Buy Me a Rose by Kenny Rogers. I remember watching an episode of Touched by an Angel that featured Kenny Rogers and roughly followed the storyline of his song. That episode and that song stayed with me. When I started writing this story, I knew that this song had to be featured so I could explore that distance between my hero and heroine. It ended up being an important turning point for my hero.

Another important song for my hero and heroine is “their song.” All I Need sung by Jack Wagner was a big hit in the mid-1980s when Nat and Jess met. In fact, it was the very first song they ever danced to and it expressed feelings they both had at that time in their life.

Another song that I used when I was writing and I also mention within the story is a song that long time lovers would respond to is Remember When by Alan Jackson. It’s sweet and it can make me cry and I know Jess would feel the same way.

Something That We Do by Clint Black is also one of those songs that helped me while I wrote. It’s super romantic but it kept me aware of the importance of the little things – the things we do – that show our love to one another. That was definitely something that Nat and Jess needed to be reminded of. Live in each day. Love in each day. Share each day.

Buy Me A Rose  by Francesca Hawley
Jessica and Nathaniel Whitewolf celebrate their thirtieth anniversary as True Mates but they’ve lost their bond. Now a hot couples’ retreat will get it back.

She heard his step on the stairs and dished his bacon and eggs onto the plate. Right on schedule. Just like every morning. He walked into the kitchen and absently kissed her cheek as he sat down at the table. He ate neatly, as he always did.

Jessica Whitewolf watched her True Mate as he read the paper, his forehead knotted in thought. He’d been so focused on a case lately. One of his patients was late in a high risk pregnancy and he had been seeing her often so that she’d have a healthy pup.

Jess knew she shouldn’t feel jealous, the wolf bitch needed Nat’s attention. Sadly though, Jess couldn’t remember the last time her Mate focused so keenly on her. She fought the envy down and choked it off, wishing the best for the expectant mother.

“What are your plans today?” she asked.

Jess could almost predict what he’d say even though they rarely used their True Mate telepathic bond anymore. He’d talk about spending the day at the clinic and checking on his special case. Then he’d get up, give her a quick kiss and tell her he’d see her tonight.

“It’s a clinic day. I’ll be slammed all day with office visits.”

“Any interesting cases? How is Missy Goldwolf doing?”

Jess smiled. Nat was a stickler about confidentiality. “She’s pregnant. She’s had a difficult pregnancy and everyone in the entire valley is holding their breaths hoping she’ll carry to term. It isn’t hard to figure out, honey.”

He rose and crossed the room. “I suppose not. She’s holding her own. I’m just glad that Yohana approved the upgrade to the obstetrics and neonatal units at the hospital.”

“Well, considering she’ll need it soon herself, it was a no-brainer for the council.”

“She didn’t know that at the time it was approved, but my thanks to the council,” Nat smiled and gave her a wink since Jess was part of that civic body. “I better go. See you tonight, right?” He kissed her cheek, picked up his briefcase and headed for the front door. Jess followed.

“Hmm?” he asked absently as she followed him.

“Anniversary cards,” she hinted. “For us.”

He opened the door and left without turning around once. She watched him walk to the car and waved as he drove away. He didn’t wave back. She wasn’t even sure he’d seen her.
Jess sighed. When had this happened? When had they become so comfortable and…boring. She turned around and went inside to wash up in the kitchen before she headed over to her landscaping business.
Posted by Francesca Hawley at 2:30 AM