It’s my favorite time of year – holiday season, especially December. I celebrate Christmas as both a religious and a secular holiday, though I know not everyone does both and some do neither. Whatever your beliefs, I think it’s healthy to have a specific time of year devoted to celebrating life and our relationships with each other. 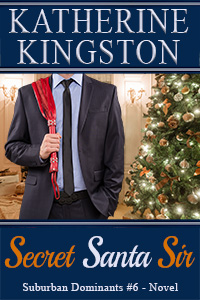 Christmas inspires me and I’ve written several Christmas stories, including a few that were first published by Ellora’s Cave, and are now unavailable. Rights to those stories have reverted to me and I plan to re-release all of them. The re-releases are taking time because I’m essentially rewriting everything.

But two of my Christmas stories have just hit the market, one a re-release and one brand new.

“On the first day of Christmas, my Master gave to me: an adventure for the holidays.”

And I have a story in the Naughty Literati's winter anthology, NaughtyFlames, which released on December 1st. It’s another of my Christmas gargoyle stories.  Sometime in the near future I plan to put together a book with all of them. There are currently three: a novella that was released by EC a few years ago but is currently unavailable, this story, and the one that appeared in last year’s NL winter anthology, Naughty Chances. In the meantime, though, I hope you’ll enjoy Her Gargoyle Guardian in the NaughtyFlames anthology, along with all the other excellent stories it includes
Posted by Kate Kingston at 2:40 AM