Excerpt from FIFTY SHADES OF VALENTINE'S DAY by Katherine Kingston 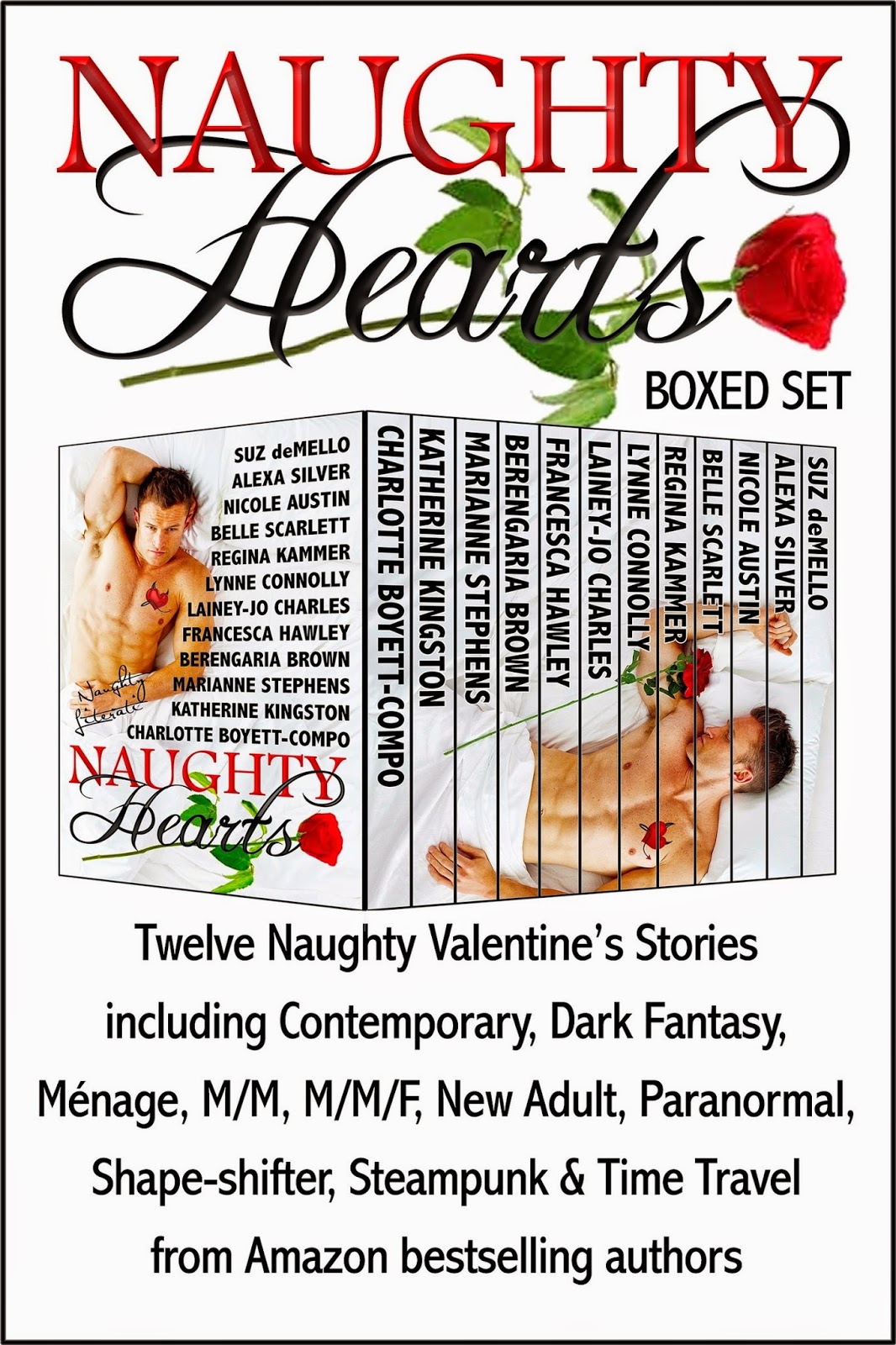 Valentine’s Day… A day to celebrate love, relationships, sweethearts, joy. Chocolate candy, hearts and flowers… Bah humbug. Wrong holiday, right sentiment, Melissa decided as she pulled into the parking lot of her apartment building after the longest day of her life.

What kind of shitty asshole dumped his girlfriend of six months on Valentine’s Day, of all days? Daniel McKenzie Winslow, her own shitty asshole of an ex-boyfriend. He couldn’t be what she needed, he claimed, which was true in its way, but not for the reasons he wanted her to believe. Not only that, he did it with an email. Sent to her work email account.

Asshole didn’t begin to describe him.

And probably because she was so upset by that, she got yelled at by two customers who thought she wasn’t moving fast enough, and another she accidentally shorted on a withdrawal. Of course, her supervisor noticed too, and asked if there was a problem. Yeah, right. And her drawer came up fifty-two dollars short.

And now there was someone else parked in her parking space, which meant looking for another one. Perfect cap to a horrible day. She thumped the wheel in frustration, then spotted a narrow space between a huge SUV and shiny red Trans Am. Her little car would just fit.

But she cut it too close. The grating screech of metal on metal from the right rear meant her day was about to get even worse. What to do now?

Melissa drew a deep breath, and with shaking hands, reversed enough to back away from the other car and then pulled in straighter, avoiding it this time. She’d seen the bad news, though. Several dark gouges scored the red paint along the panel above the left rear tire. She let her head sink forward onto the steering wheel, fighting back tears.

Did she have to notify the police? She didn’t think so. But she’d have to tell the owner about it and offer to pay for the damage. Soon. Right now would be best.

But she couldn’t. Not like that. Not when she knew who the car’s owner was. She’d write out an apology and include a check with the note that she’d make up any difference between it and the actual bill.

God, she hated the thought of having to take this to him—only the hottest guy she’d seen in forever. She’d tried not to notice him too much, since she was dating Daniel, but how could she ignore a guy who’d star in most women’s favorite wet dreams? It wouldn’t be easy telling anyone about this. But him? It was going to kill her.

Melissa gathered her purse and scurried to her apartment, intending to write that note first thing and get it to him before he got out and noticed the damage. But when she sat down with pen and paper, she ran into immediate issues, starting with the first line, when she realized she didn’t know his name, so had no idea what to put after “Dear…”

Following some internal debate she settled on “Neighbor.”

It didn’t get any easier. She was only three sentences into it when a knock at the door interrupted. She half-expected a police officer. She didn’t expect him. Six feet two inches of the most gorgeous lean, toned male body she’d ever seen, topped with neatly cut sandy blond hair, green eyes, lean cheeks and a totally perfect mouth. Right then, though, the green eyes sparled with anger and the lips pressed together in a thin line.

“I assume you know who I am,” he said, not waiting for her to find breath enough to speak.

“I’ll pay for repairs. Make it as good as new. I pro…promise.”

“You will.” He looked around her sort-of neat apartment. “No question about that. But I’m guessing you don’t want to involve the police or insurance companies?”

The deep, sexy, stern voice almost mesmerized her. Shivers ran up and down her spine in response to it. Melissa drew in a deep breath before she answered. “I’d rather not.”

He grimaced. “I’m okay with resolving this just between the two of us. As long as it gets resolved in a way that satisfies me. But first I want a piece of paper detailing what happened and admitting your responsibility. Signed by you. Now. Before we talk about anything else.”