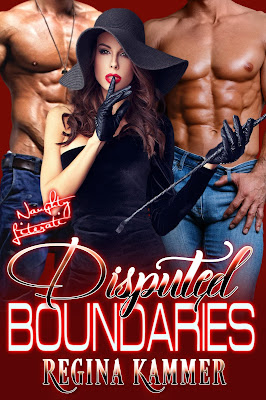 Part of the Naughty Spice: Naughty is the New Nice! anthology by bestselling authors writing as The Naughty Literati!

Blurb:
Garrison life along the disputed Canadian-U.S. border is so uneventful Royal Marine Braxton Thorne mostly just fools around with his fiancée Tilda. But when American adventurer Gideon Roberts provokes unexpected desires, Braxton finds himself in a war over the boundaries of his heart.

There is an aching in my heart which I barely understand. An emptiness, a void made more bleak by winter’s burgeoning desolation.

It began when Gideon left.

A man…there have been times when a man has incited a spark of passion within. Always have I buried that desire, restraining the urge to act upon it. To do so is essential. Society finds love between two men aberrant.

But Gideon has affected me in a new and exciting way. I could not restrain myself.

And I do not regret it.

Our attachment is an unlikely one: I a soldier for the crown, he a free-spirited American adventurer. He was here merely visiting. I would not be here if it were not for this “war”—although the epithet is unwarranted. Since the occupation of this island began, there has been little antagonism. It is a border dispute, not a philosophical battle between our two nations. We British are cordial to the Americans and vice versa. At times, this good rapport develops into genuine friendship.

Yet, to form such a deep connection as Gideon and I have is extraordinary.

And for this yearning for his company to burn inside me is exceptional. Never before has the absence of a man caused such a hunger.

But what if Tilda were to find out? Would she doubt I love her as well?

Braxton Thorne rested his pen next to the inkwell and stared at the words drying on the open page of his journal.

Would she report him to his commanding officer for immorality?

No. Surely Tilda understood the flush of excitement with a new friendship. And she had been there the day they met…

Regina Kammer is a librarian, an art historian, and an award-nominated, best-selling, multi-published writer of erotica and historical erotic romance. Her short stories and novels make history sexier, whether the era is Roman, Byzantine, Viking, American Revolution, or Victorian. She’s even sexed up contemporary settings, Steampunk, and Greco-Roman mythology. She has been published by Cleis Press, Go Deeper Press, Ellora’s Cave, House of Erotica, Story Ink, Loose Id, The Naughty Literati, and her own imprint, Viridium Press. She began writing historical fiction with romantic elements during National Novel Writing Month 2006, switching to erotica when all her characters suddenly demanded to have sex.