To condom or not to condom? 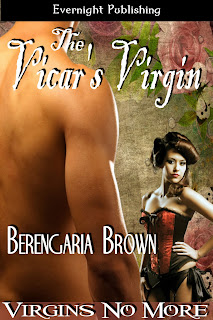 To condom or not to condom is a tricky question. Many readers say they hate the stopping of the action while the hero grabs the latex. Other readers say if there is no condom they are basically waiting for the baby to arrive.

Some authors make rolling the rubber down an erection part of the foreplay. Others use ribbed, colored, flavored or otherwise unusual condoms to add to the action.

Many publishing houses insist on condom usage unless there are specific reasons why one is irrelevant, such as vampire or werewolf heroes who cannot get the heroine pregnant nor carry human diseases.

Then there is the disease issue. Very few of my characters are virgins so realistically, with them all having had several partners, disease is an issue that ought to be considered. So yes, condoms work for my contemporary characters. 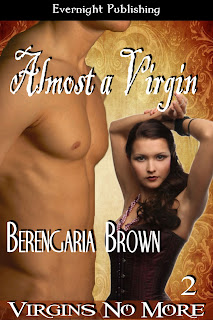 In historical fiction this can be tricky, as French Letters (the forerunner of the modern condom) were very expensive and not easily purchased outside of very large towns. This wasn’t a problem in the first book in my “Virgins No More” series as the heroine was a virgin and the hero hadn’t been in a relationship recently. But in the second book the heroine herself opened a discussion on the topic with the hero, makes to his surprise.

Their dinner that night was a simple one, as they had to leave early to attend a musicale. John very much feared it would be nothing but a lot of barely talented daughters playing the pianoforte or harp poorly, with the possibility of a screeching soprano to further torment his eardrums. It wasn’t quite that bad, but it in no way inspired him to attend such an event again in the near future. Besides, all he wanted to do was take Theodora to bed and tell her he loved her. Tell her she was precious to him. And, hopefully, hear her repeat the words to him.
It was hard to believe he’d never said them, yet he knew he hadn’t and the words “I love you” needed to be said as soon as possible. Unfortunately, her mind seemed to be running on a different track. Once they were alone, just as he was getting ready to drop on one knee and tell her of his adoration for her, she asked tentatively, “May I ask you a question? I’m afraid it’s not at all ladylike, but Mama wouldn’t answer it for me.”
“Of course.” He was confused, but willing.
“Have I ever mentioned my friend Patience to you? The one who married Farmer Entwhistle?” If he’d been confused before, he was completely confounded now. He had no idea in which direction her mind was going. “I think so. She has several small children.”
“Yes, that’s her. She was very beautiful at age seventeen when she married him. Now, five years later, she has four children, she’s always tired, and she looks forty years old.”
She seemed to expect him to respond. He had no idea what to say, so settled for, “Ahh.”
“I’ve heard there’s something called a French letter that will stop a woman having a baby. Can you tell me about them?”
She was blushing furiously. Her face and neck, even her ears, were bright red. She looked adorable and his dick was demanding he take her to bed right now, but for some reason this Patience woman was important to her, so he answered her question. “Women in bawdy houses use them to prevent pregnancy. As do some noblemen with their mistresses. Casanova is said to have always used one. A French letter is a sheath made of sheep’s intestines, which the man ties over his cock so the seed stays inside the sheath instead of making a baby in the woman.”
“Oh. Why must they not be spoken of? Why don’t women know about them?”
Now it was his turn to blush. “Theodora, you must understand I’ve never used one, but I know men who have, and still do. Some men say they make the experience less pleasurable for both man and woman. Although I suspect Casanova did not find it so. Other men believe it is wrong to prevent pregnancy, and it’s not a thing a woman can do in secret, like take herbal concoctions to prevent babies.”
“There are herbs that stop a woman increasing?”
“So I’ve been told. But that is woman’s lore and not something I know much about. It could be not that Patience hasn’t heard of French letters, but that her husband does not approve. French letters are also quite expensive.”
She nodded and looked thoughtful, then said, “To take herbs and prevent a baby might not please the husband if he found out either. Such secrets could be very hard to keep besides being quite deceitful. I expect such decisions should be made together, in which case a French letter would be a better solution. And surely they are much cheaper than the cost of rearing a child.”
“I agree. Will you tell her about them?”
“Oh yes. Both she and Farmer Entwhistle might be quite eager to have a few years of peace before there’s another baby, and if they haven’t heard of such things or can’t afford them, I would like to help Patience. Um—”
John couldn’t prevent the huge smile that broke out over his face as he read in her eyes her next question. “Yes, my love, I daresay I could buy some French letters to give your friend. Now, may we talk about us?”
“Almost a Virgin” Virgins No More book 2. Posted by Berengaria Brown at 10:41 PM